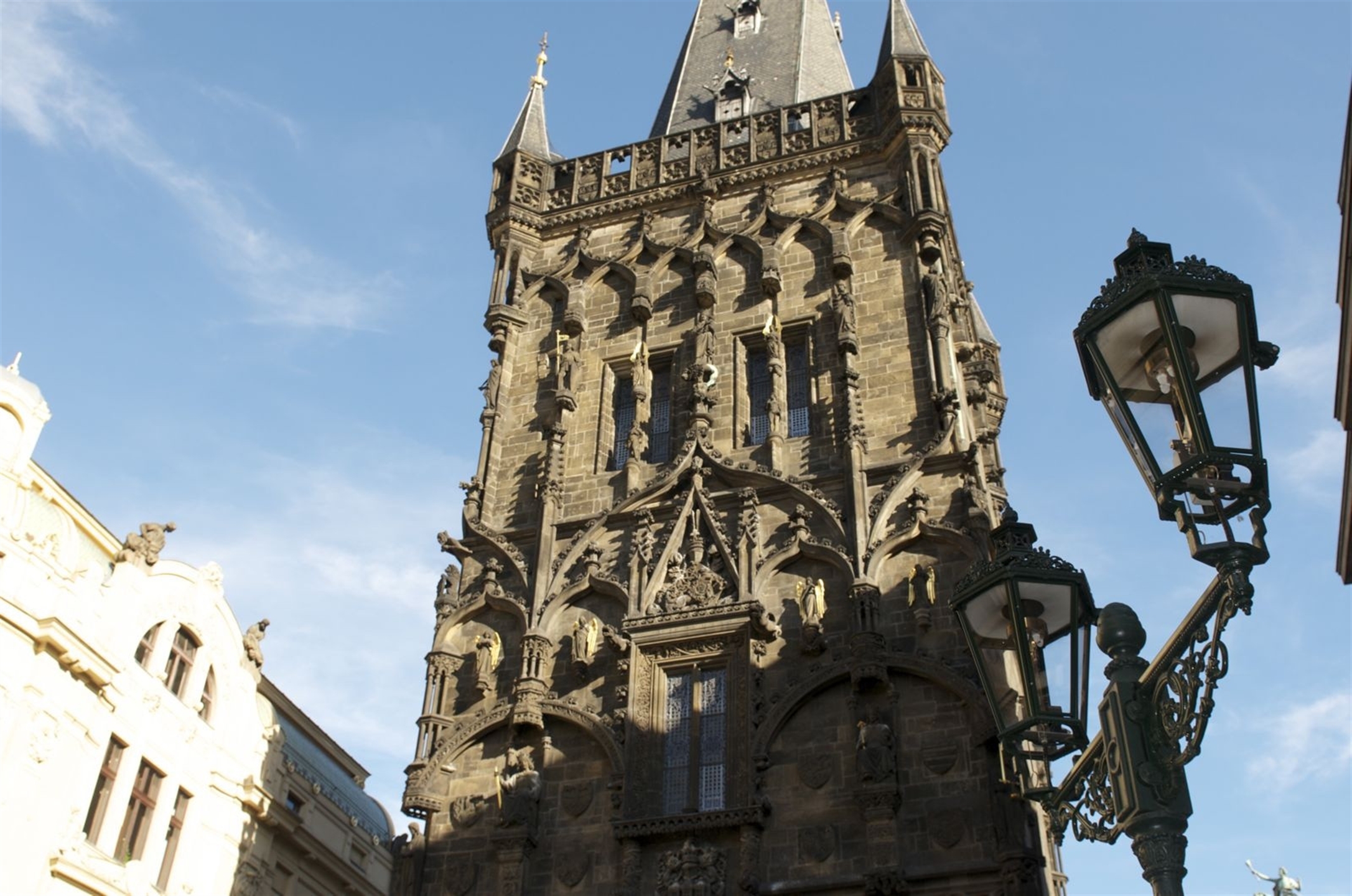 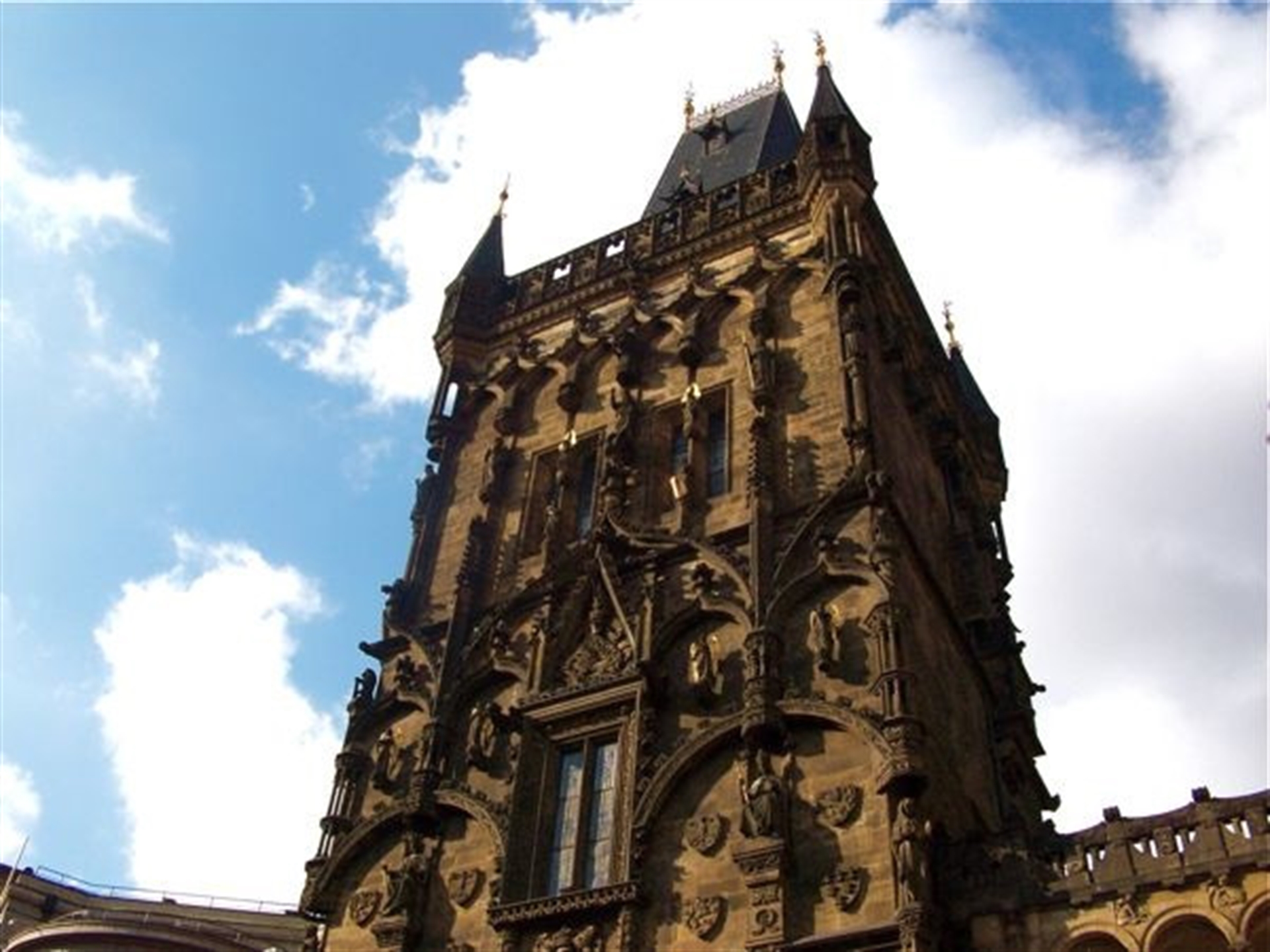 This impressive 65 meter Gothic tower, constructed by Matous Rejsek in 1475 and modeled after the 14th century Old Town Bridge Tower, sits majestically at the beginning of the Royal coronation route, a reminder of the rich aristocratic past of Prague. The tower was built under the reign of Vladislav II Jagiello and was one of the thirteen entrance gates to Old Town. Construction was at a standstill from 1477 to 1485 as the King was forced to flee as violent riots had broken out over the city. Centuries later the tower was badly damaged from the Prussian occupation of 1757. Between the years of 1875 and 1886 under the watchful eye of Josef Mocker, the tower was rebuilt, ornately decorated and a steeple was added. In the 17th century the tower was used to store gunpowder, hence its current day name; prior to the 17th century it was referred to as the Mountain Tower. The ornate structure now towers over the Art Nouveau Municipal House, a clear example of the varied architectural styles coexisting in this European capital. Today the tower boasts an intimate exhibition about the history of the tower and wondrous views of Old Town.

Namesti Republiky Praha 1. The Powder Tower is the gate to Celetna Street.

Church of our Lady before Tyn

In the gorgeous center of Prague, in famous Old Town Square, sits the imposing, often sinister looking, the Church of our Lady before Tyn; if you happen to first catch sight of this Gothic beauty in t ...

The Convent of St. Agnes of Bohemia

Founded by Princess Agnes of the Premyslid dynasty in 1231, the Convent of St. Agnes of Bohemia is the oldest Gothic building in Prague and was used by the Order of Saint Clare, also known as the Orde ...

The House at the Stone Bell

Situated in magnificent Old Town Square, The House at the Stone Bell is a wonderful example of the glorious Gothic architecture Charles IV brought to the city of Prague. Built in the 13th century, it ...