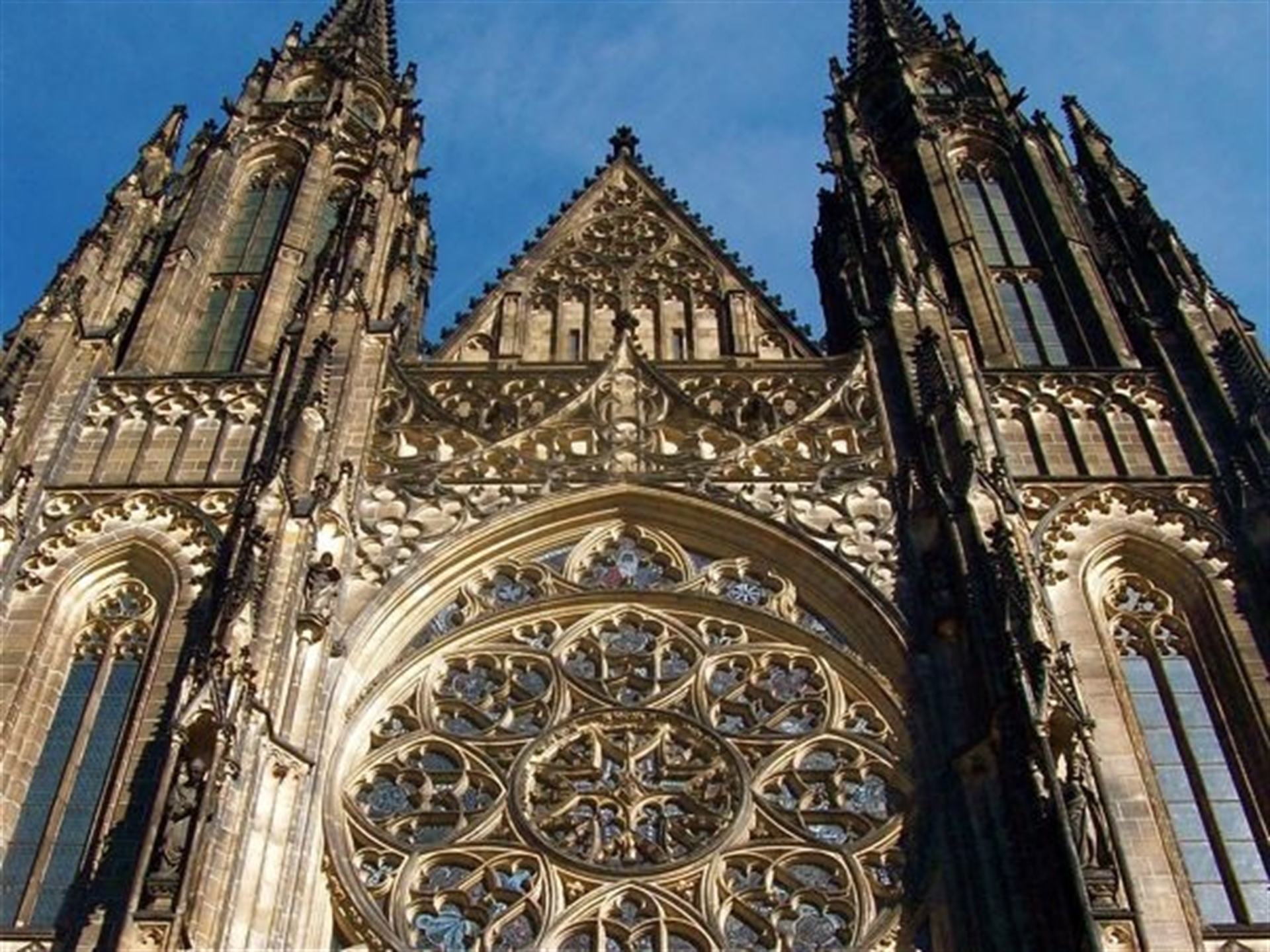 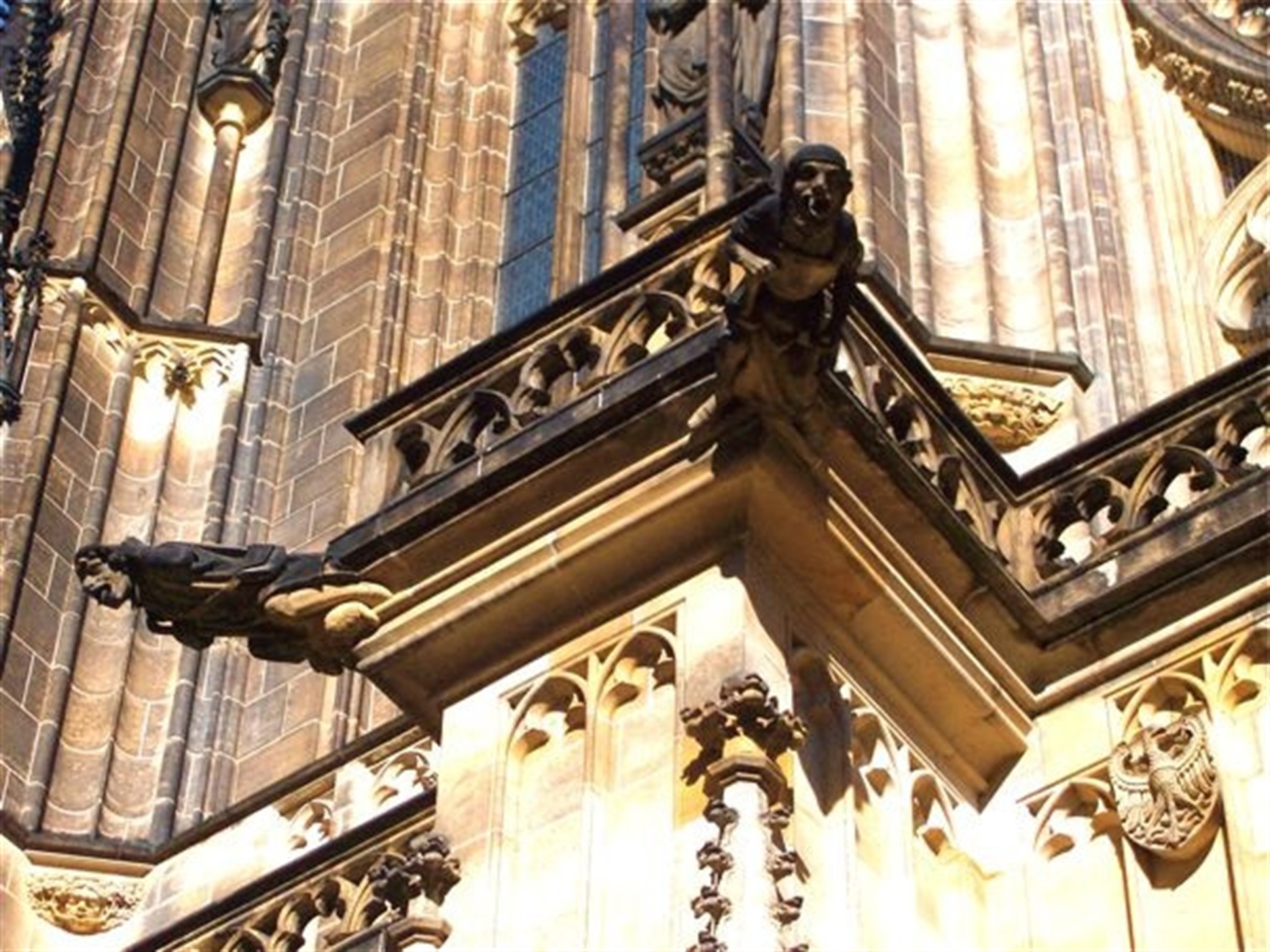 The Holy Roman Emperor Charles IV commissioned the construction and design of St. Vitus to Frenchman Matthias of Arras in 1344 and after the passing of Matthias to Peter Parler in 1356. Matthias of Arras drew inspiration from French cathedrals, while Peter Parler wished to build a structure unlike any other he has witnessed. St. Vitus is a grand example of Gothic architecture in the city of Prague and yet another testimonial to the wonderful cultural legacy of Charles IV. Matthias of Arras built the Golden Portal, the lower section of the main steeple and the beautiful St. Wenceslas Chapel. Peter Parler managed to finish the east part of the cathedral while his sons finished the floors of the bell tower as he too passed. During the Hussite wars, the building of St. Vitus came to a standstill for many years, centuries even. After efforts from Leopold I failed, St. Vitus was finally completed in the 20th century with assistance from the Union for Completion of the Cathedral of St. Vitus in Prague, an organization founded in 1873. St. Vitus has been the site for many royal coronations and other ceremonies. The cathedral boasts the royal mausoleum, where the tombs of former Kings and Queens are laid. An important part of the cathedral is the elaborate St. Wenceslas Chapel, where the door to the Crown Chamber, which secures the Crown Jewels, is located.

This impressive 65 meter Gothic tower, constructed by Matous Rejsek in 1475 and modeled after the 14th century Old Town Bridge Tower, sits majestically at the beginning of the Royal coronation route, ...

Church of our Lady before Tyn

In the gorgeous center of Prague, in famous Old Town Square, sits the imposing, often sinister looking, the Church of our Lady before Tyn; if you happen to first catch sight of this Gothic beauty in t ...

The Convent of St. Agnes of Bohemia

Founded by Princess Agnes of the Premyslid dynasty in 1231, the Convent of St. Agnes of Bohemia is the oldest Gothic building in Prague and was used by the Order of Saint Clare, also known as the Orde ...

The House at the Stone Bell

Situated in magnificent Old Town Square, The House at the Stone Bell is a wonderful example of the glorious Gothic architecture Charles IV brought to the city of Prague. Built in the 13th century, it ...