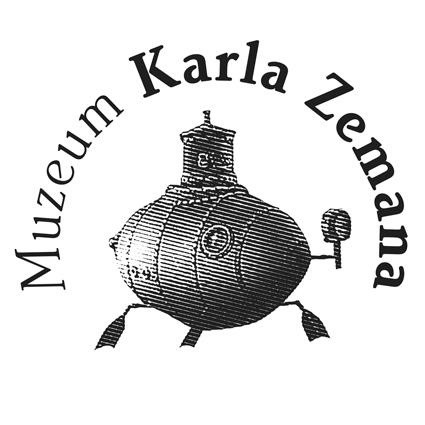 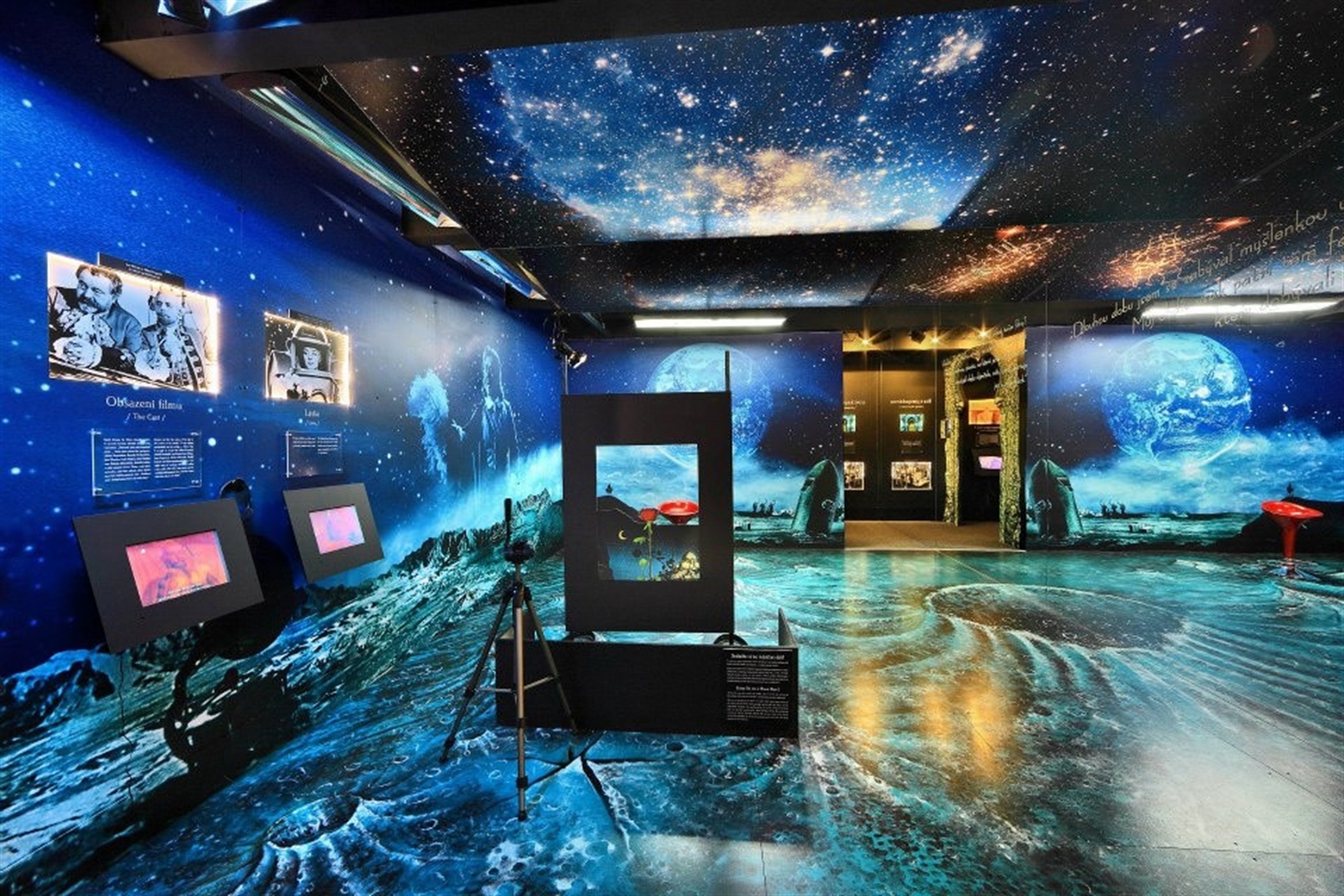 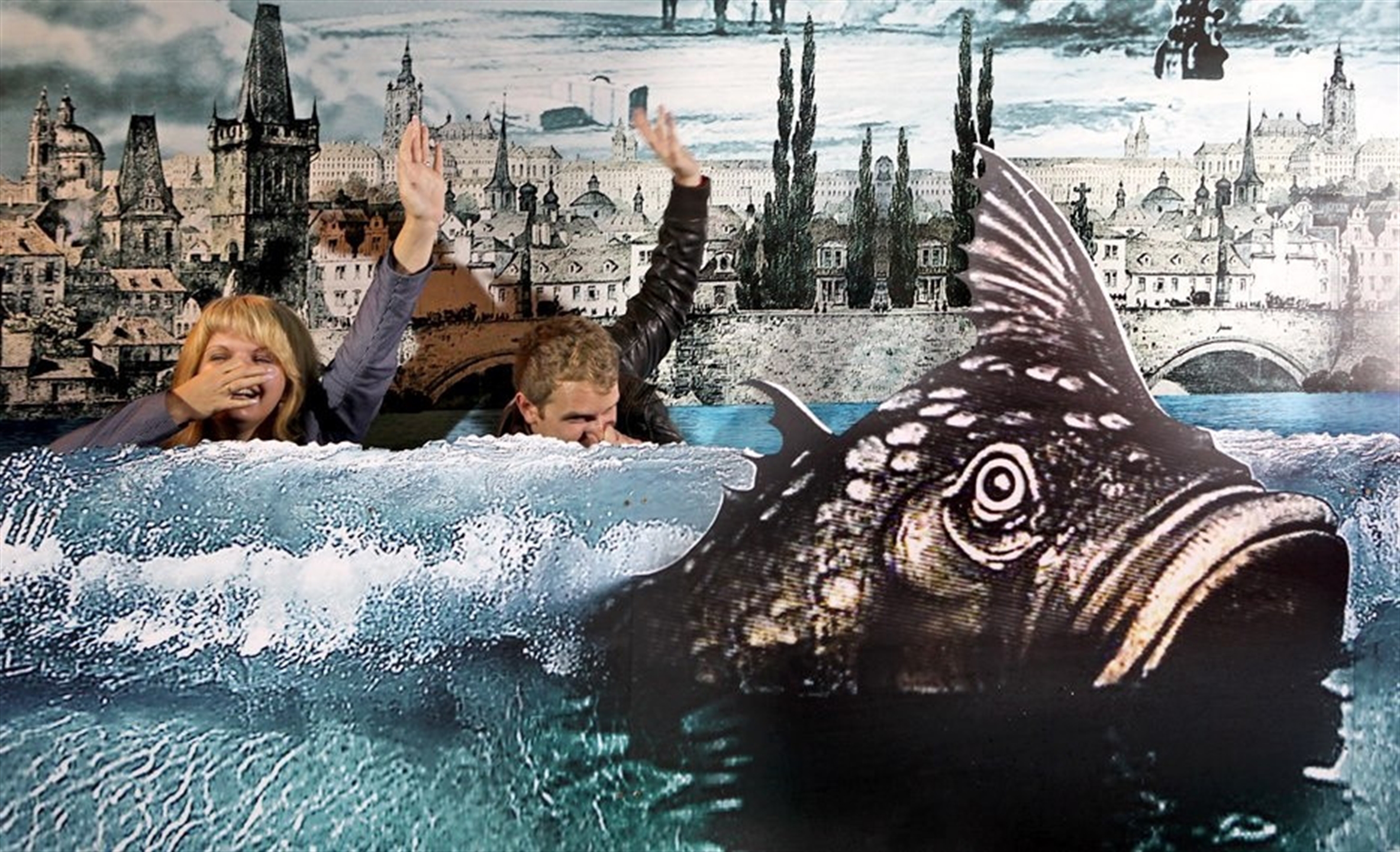 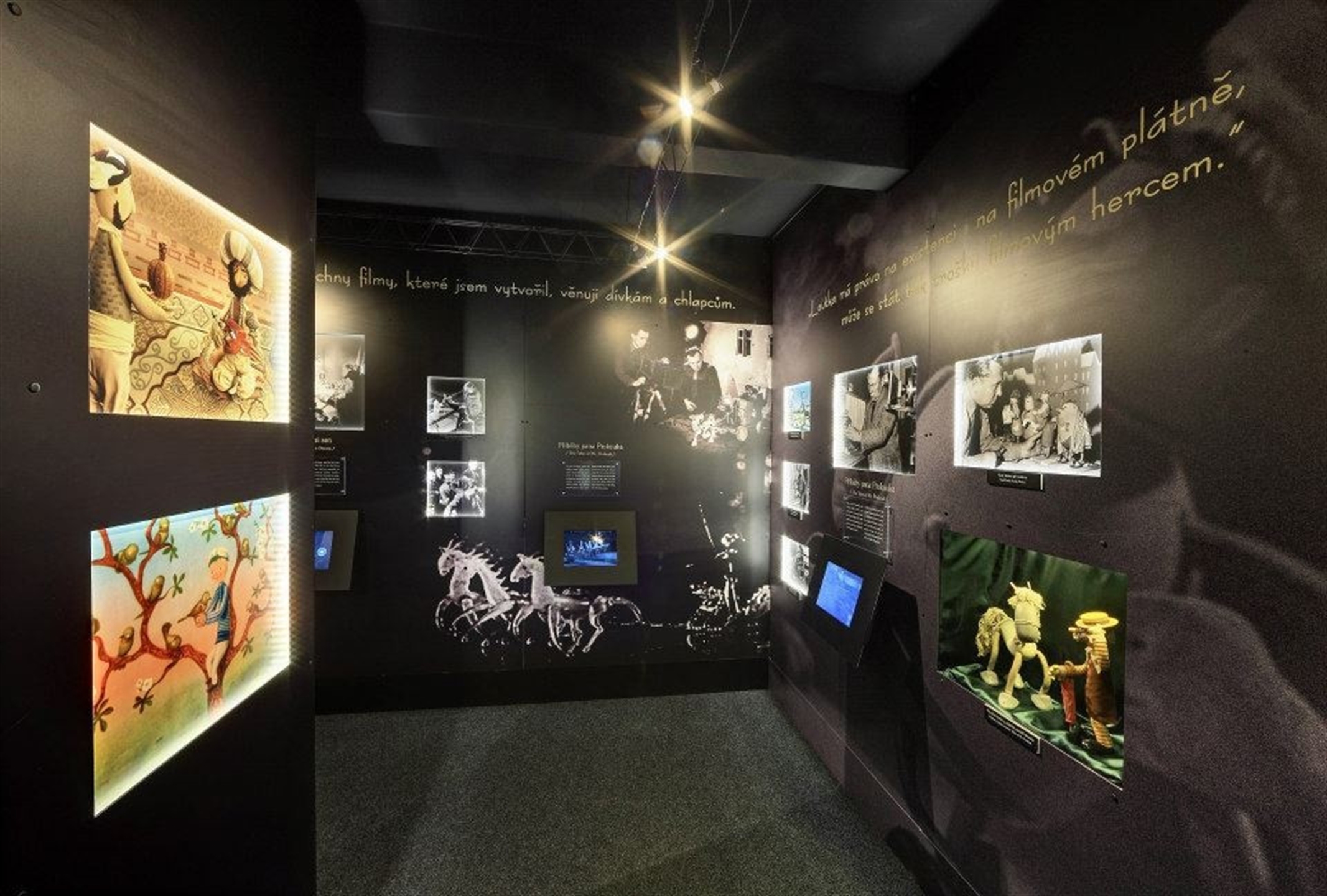 The interactive Karel Zeman Museum that focuses mainly on families with children in Prague and the rest of the Czech Republic is designated as an interactive exhibition that presents to visitors the famous work of the Czech film director, artist and animator Karel Zeman, who became famous also abroad. Even though the exhibition is dedicated also to the early work of Karel Zeman when he created mainly animated and puppet films, the main part of the exhibition is dedicated to his most significant movies with elements of fantasy – Cesta do pravěku based on Jules Verne's Journey to the Center of the Earth, Baron Prášil and Vynález zkázy. Thanks to the playful concept of the exhibition visitors to the museum can also test special effects that the famous director used in his movies on their own cameras and camcorders. While walking through film scenes and small studios they can film themselves in the set pieces, rise in the air on a flying machine or operate the submarine from the Vynález zkázy movie. The exhibition also features puppets and unpublished photographs from Karel Zeman's life, screenings of his famous movies or seminars and animation and special effects workshops. The Karel Zeman Museum is open daily from 10 a.m. till 7 p.m. A part of the museum is a souvenir shop where you can buy DVDs, gift tickets, calendars and other interesting souvenirs.

Located in part of the Chambers of the Old Count in the Prague Castle, the Toy Museum in Prague is very entertaining for children and adults alike. 7 rooms on two floors display toys from Ancient Gree ...

Muddum is a true multipurpose cultural space located just steps from the Letenské Sady Park in a peaceful area of Prague 7. The idea behind Muddum is to promote fruitful dialogue and interactions betw ...

Situated in a passage across from the imposing New Town City Hall Tower is Divadlo Minor, a whimsical theater that caters to the watchful eyes and ears of children. Divadlo Minor works closely with DA ...