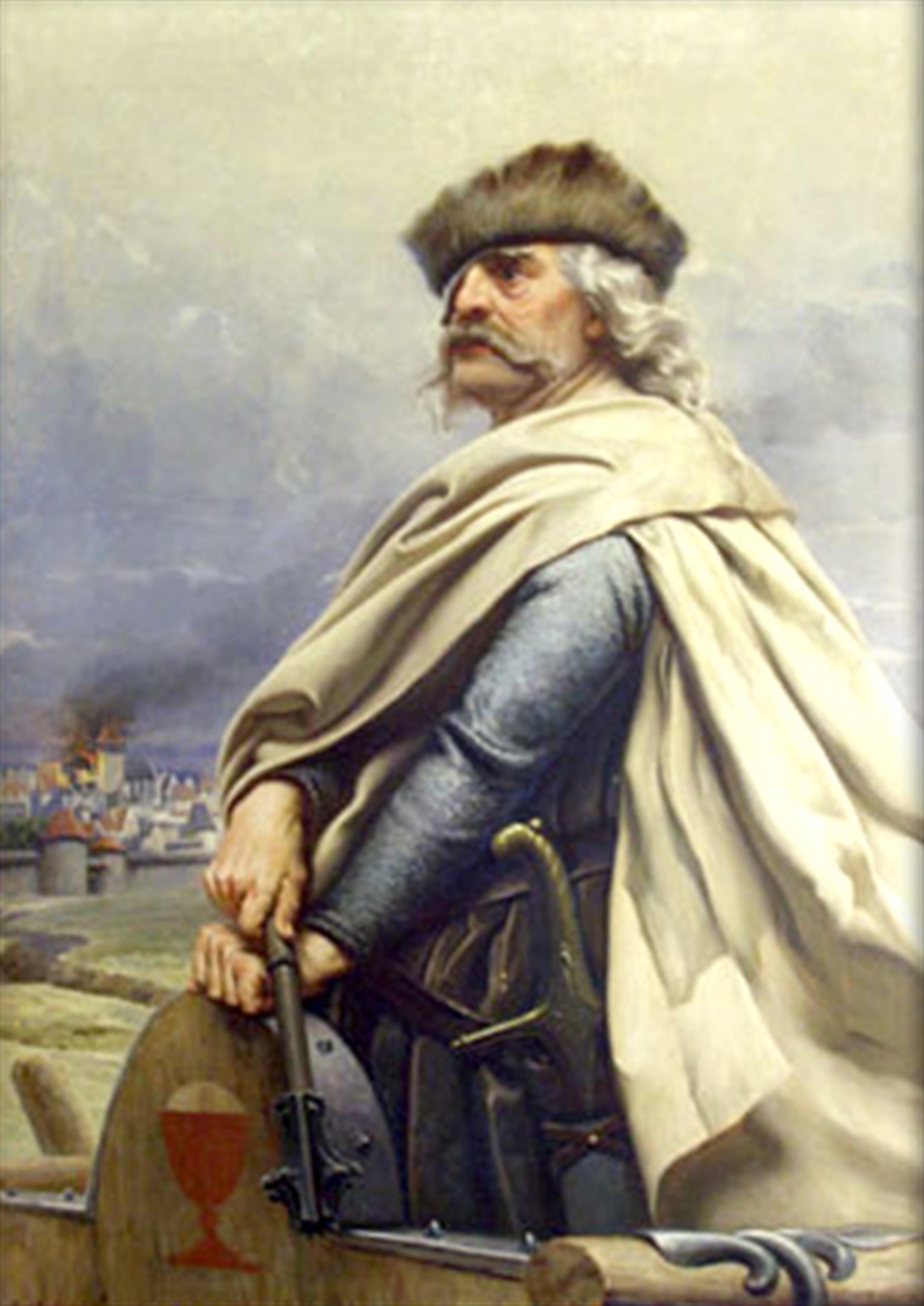 If you have been in Prague long enough you may have noticed the massive equestrian statue at the top of Vitkov hill. The giant man perched atop the metal horse is none other than the one-eyed Hussite warrior and Czech General, Jan Žižka, and yes the district of Zizkov is named after the mighty man (Jan Žižka lost his eye in a childhood fight, not in battle). Jan Žižka was a follower of the religious reformer Jan Hus, a predecessor to the Protestant movement, who was burned at the stake in 1415. Jan Žižka was involved in the Bohemian Civil Wars under the reign of Wenceslas IV and was loved by his soldiers like a father, so much that when he died, his men called themselves The Orphans. Jan Žižka died of the plague in Přibyslav in 1424 and requested that his body be skinned and made into drums so that his soldiers would continue to let him lead and follow him. His enemies stated that ‘the one whom no mortal hand could destroy was extinguished by the hand of God’. Jan Žižka was an expert fighter and a master of geography who employed innovative methods that wouldn’t even be seen on the battlefield for many years after; one example of his genius is that he used wagons armed with muskets and cannons, an early version of the tank, which would be used more than 500 years later.