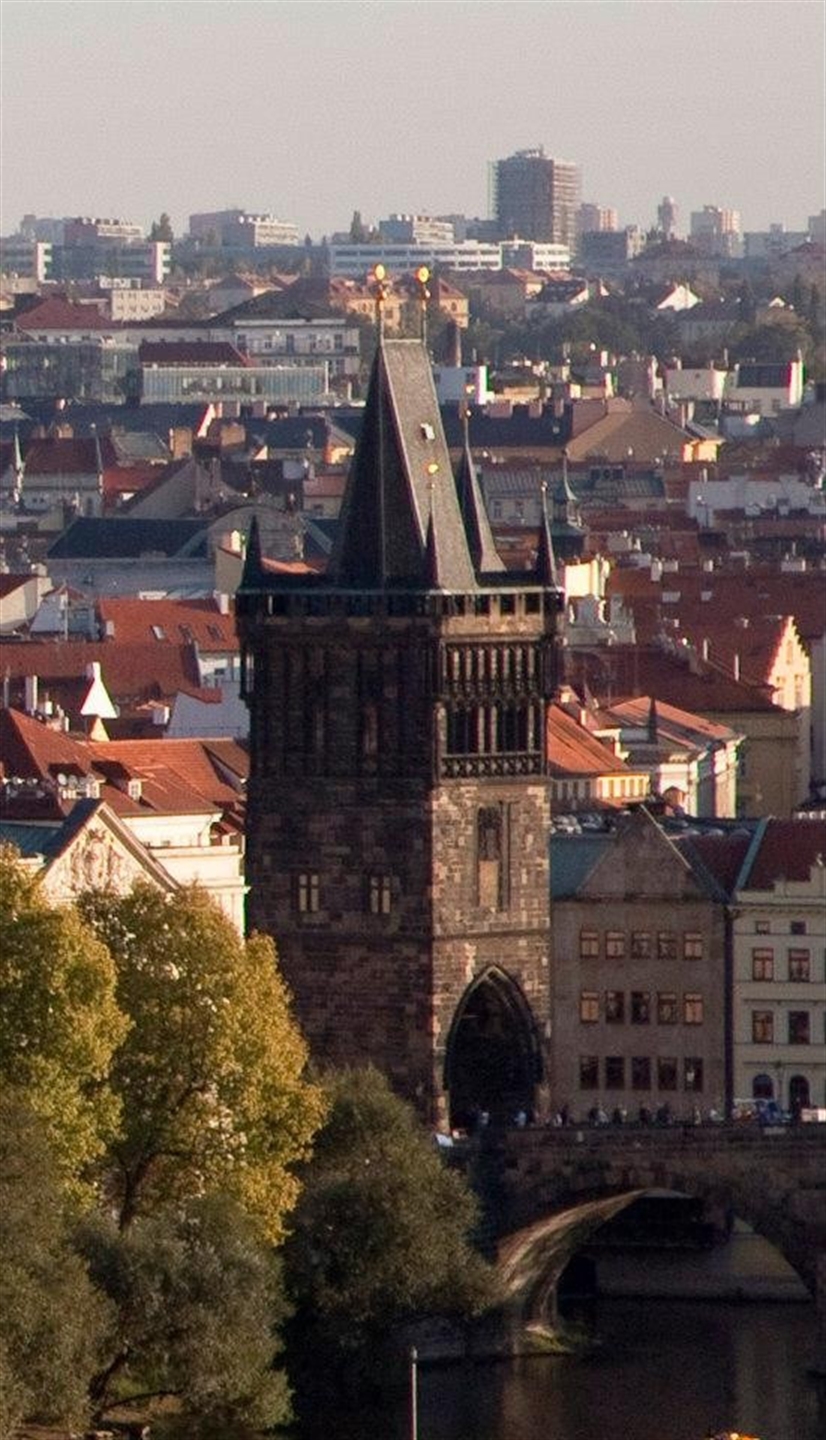 The Old Town Bridge Tower is one of the most beautiful Gothic buildings in Europe. The tower was built in the second half of the 14th century together with the Charles Bridge on its right bank side not only as a fortification, but also as a certain type of triumphal arch. The tower was namely on the route of the coronation parades leading to St. Vitus Cathedral at Prague Castle. The tower has a shape of a three-floor prism with battlements and a high roof covered with slate. At the end of the Thirty Years War in 1948 especially its western part was severely damaged during bombardment by the Swedish troops that were trying unsuccessfully to get to the Old Town. In 1848 the tower became a witness of another crucial event, when rebels were hindering Austrian troops to get over the bridge. The majority of original Gothic sandstone statues were taken down from the tower and placed at the Lapidary of the National Museum in the 20th century and so now we can see their sandstone copies. The Old Town Bridge Tower is under the management of the Museum of the Capital City of Prague and you can see a permanent exhibition there. You can also visit its first and second floor and gallery. A film called Charles Bridge – Beam Through Centuries about this significant Prague monument is screened in the tower.