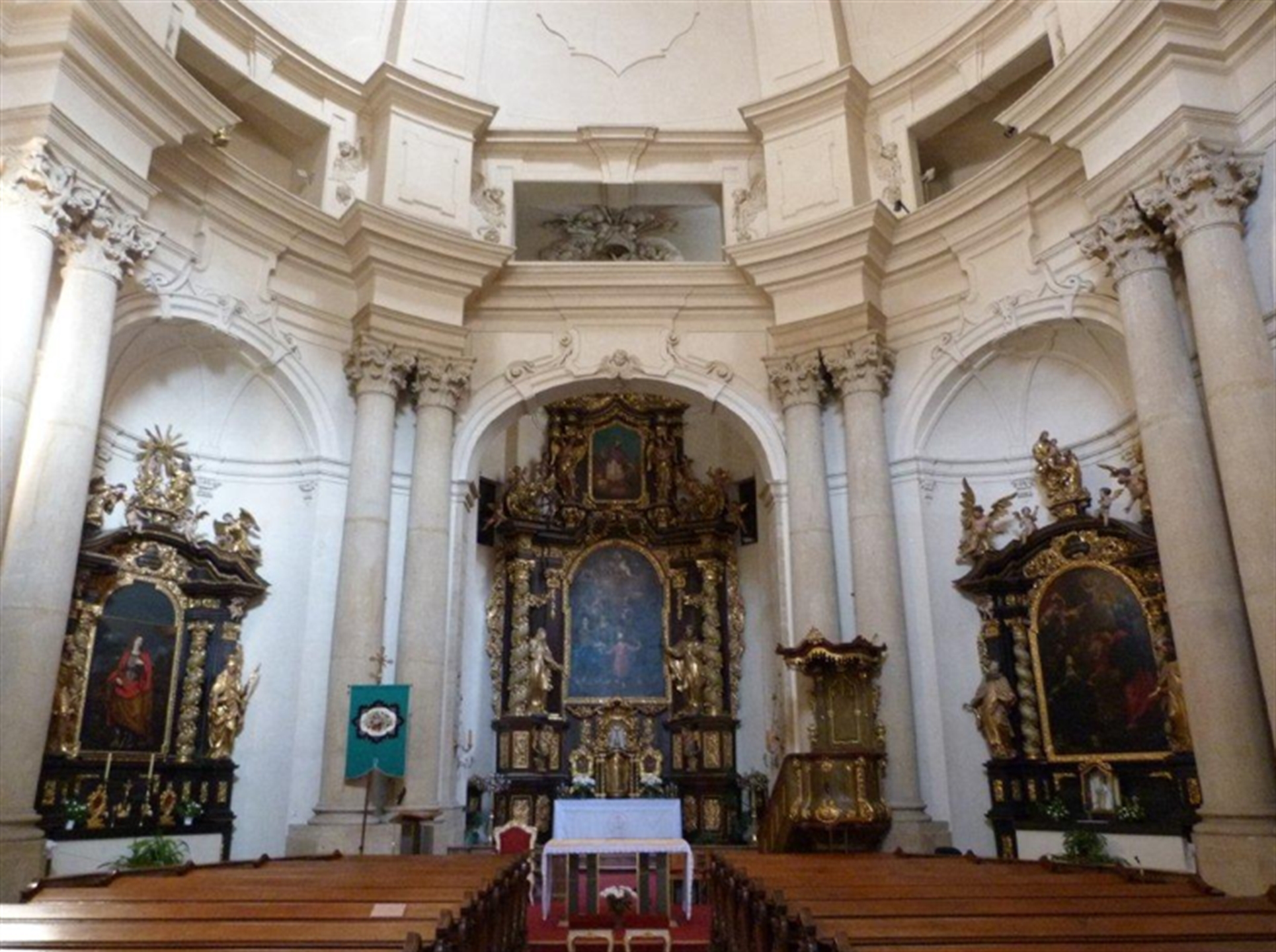 Built at the behest of Carmelite sisters and completed in 1692, surprisingly not much is known about this mysterious little church situated a stone's throw from the Charles Bridge in charming Mala Strana, or Lesser Town. Experts are unable to agree on the architect responsible for this little gem, which is rather unusual in Prague where many famous architects have showcased their talent over the centuries. Far more is known about the stunning art found at the church, including the facade statues by the artist Matěj Václav Jäckel, who is also famous for his contribution of several statues on nearby Charles Bridge, as well as numerous decorative contributions to various sites in Český Krumlov, Kutná Hora, and other places both in Prague and elsewhere across the Bohemian region. The nave of the church is a rounded, slightly oval in shape, rotunda with a dome supported by 12 pillars surmounted by beautiful capitals, which can come as a surprise given the squared exterior shape of the church, and the side altars are set into shallow recesses around the sides of the rotunda. The interior boasts a main altar, an altar of St. Theresa of Avila, and an altar of St. Thecla, the first female martyr of the Christian church, all dating from around 1695- 1699, the same time period as Jäckel's facade statues. The striking picture of St. Theresa, as well the picture of the Holy Family above the main altar are the work of Petr Brandl. Other notable side altars include the later altars of St. Anne and of the Bohemian St. John of Nepomuk, which are by an unknown artist from 1735. The gilded pulpit is from the end of the 18th century. This intimate church is home to the francophone Roman Catholics in Prague, as well as the Carmelite sisters who first built the church. Mass is normally celebrated at 11:00 am on Sundays in French.