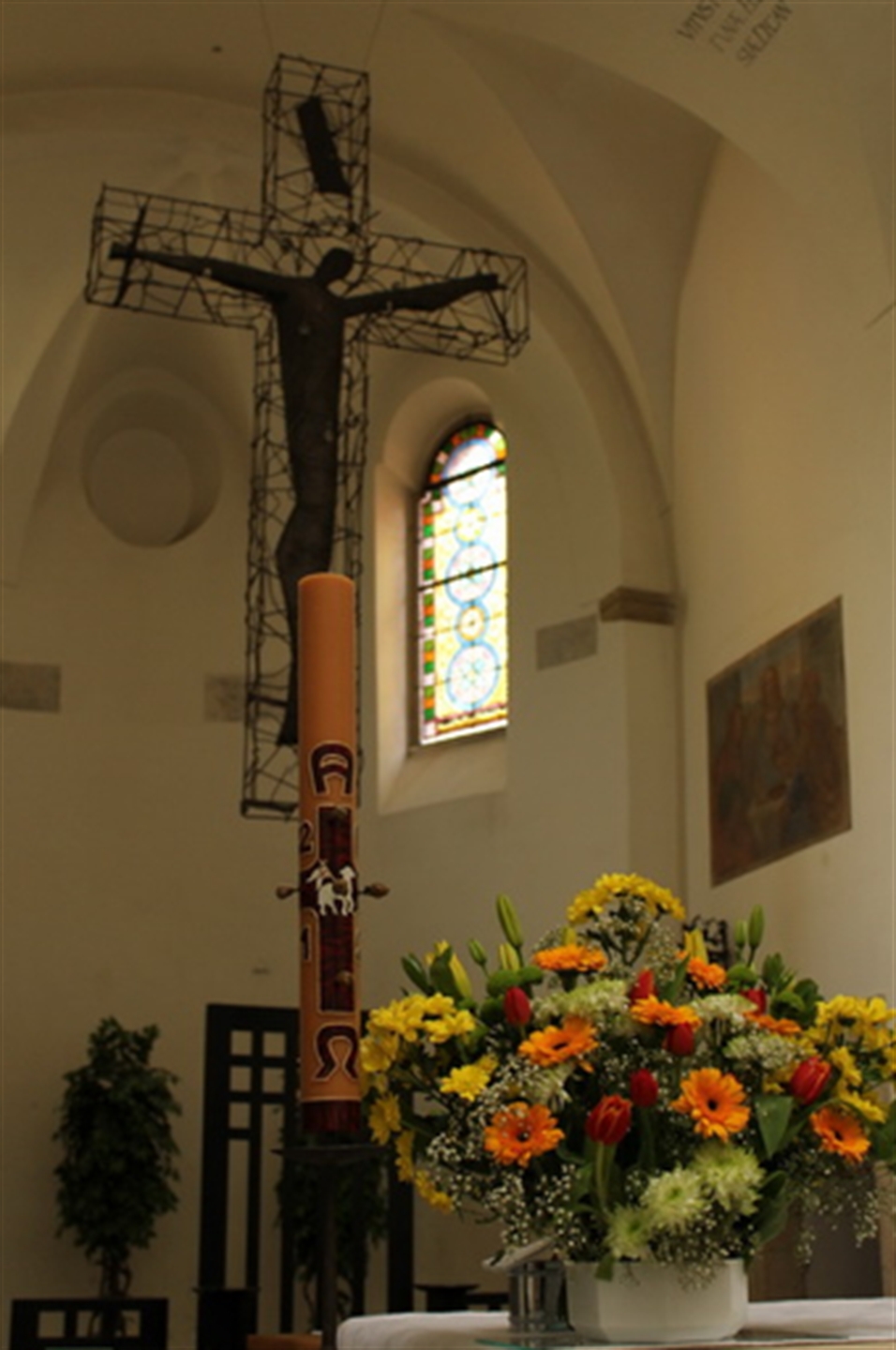 The principle church of the Old Catholic faith in the Czech Republic, the Cathedral of Saint Lawrence, called Sv. Vavřinec in Czech, is located on leafy green Petřín Hill, next to Petřín Lookout Tower and the Hunger Wall. Originally built in a Romanesque style, it was rebuilt later in the Baroque style by the prolific Prague architect K. I. Dientzenhofer. It is rumored that this Old Catholic Cathedral in Prague is located on a site of some importance for ancient pagan Slavs, and it is said that Duke Boleslav II, of the Přemyslids and also called Boleslav the Pious, had a small church built here at the request of Prague Bishop St. Adalbert sometime after he established the Diocese of Prague in 973, although the earliest written record of a chapel called St. Lawrence on this site is from 1135 and is attributed to Duke Soběslav I. Portions of this original Romanesque building can still be found today, but much of it was lost or covered up when the Cathedral was given a Baroque makeover between 1730 and 1780. In 1784 the church was de-consecrated by decree of Emperor Joseph II but re-consecrated again in 1840, and has been on lease to the Old Catholic Church, not to be confused with the Roman Catholic Church or the Orthodox Catholic Church, since 1994 and raised to the status of Cathedral in 1995. Today, you will find a modern interior design and a crucifix which hangs from the ceiling, all done by the Prague-based designer and architect Jiří Pelcl, who is also founder of the acclaimed and much-awarded design studio Atelier Pelcl. Inside the church there is a sculpture of Saint Lawrence by J. Lederer, and the altarpiece showing the Martyrdom of St Lawrence is the work of painter J. C. Monnoto of Burgundy, while the facade of the Cathedral of St. Lawrence in Prague boasts statues of Mary Magdalene, St. Adalbert the former Bishop of Prague, St John of Nepomuk, and a statue depicting the Holy Trinity. The famous Stations of the Cross on Petřín Hill also belong to the church. Eucharistic services are offered in Czech on Fridays at 5:00 pm, with Stations of the Cross services during Lent, find more information at www.starokatolici.cz.