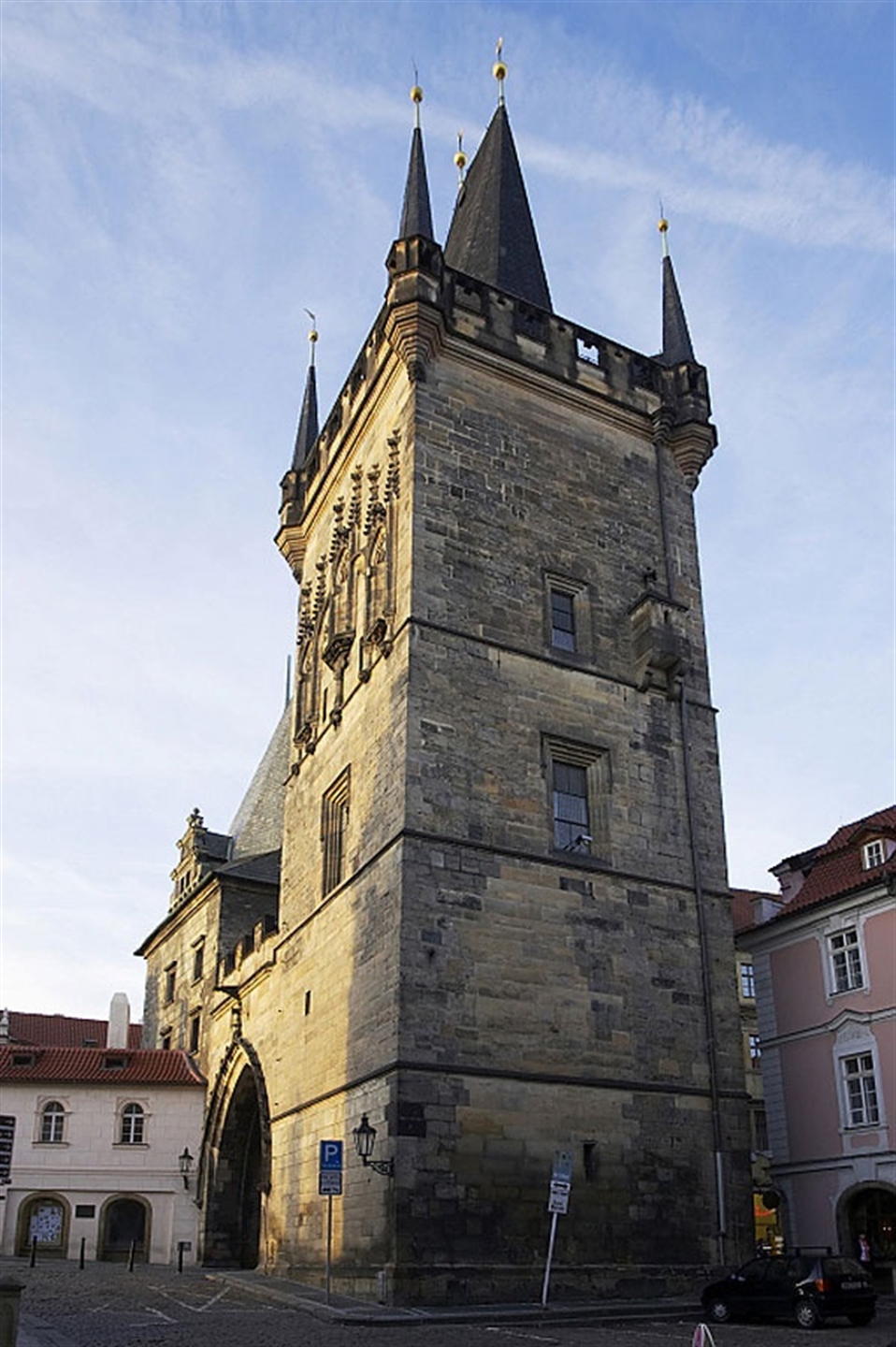 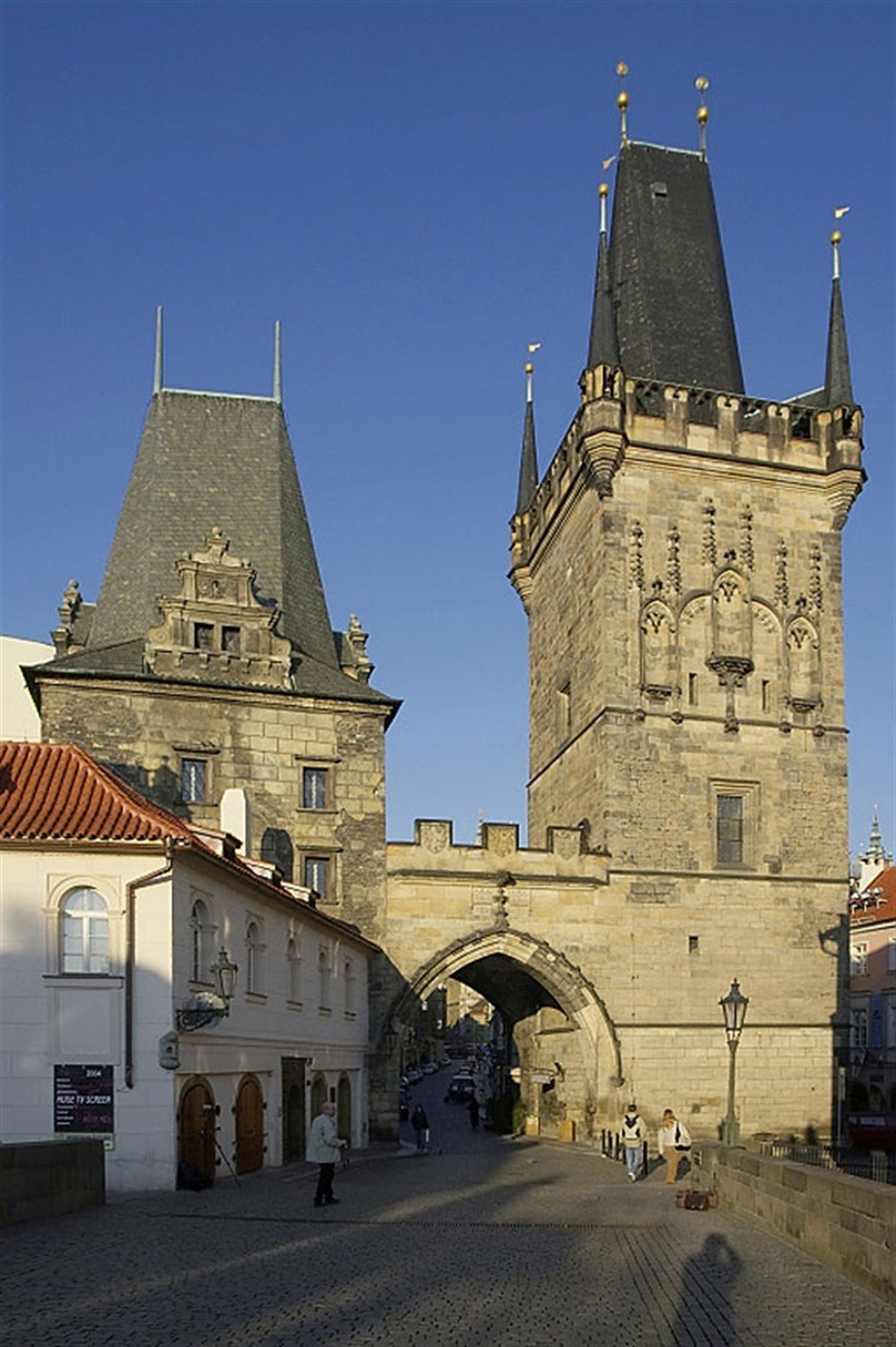 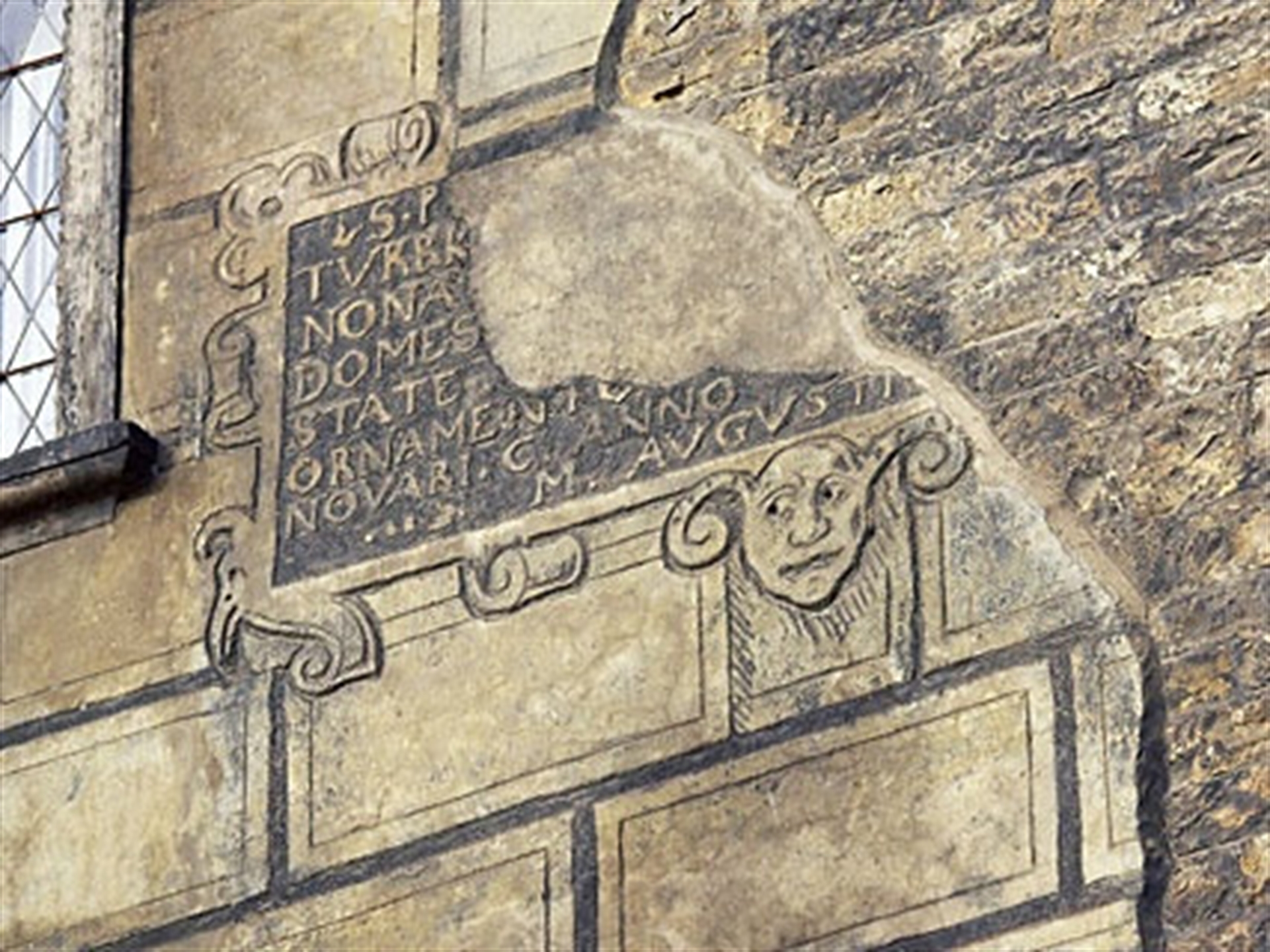 The Lesser Town Bridge Tower on the western end of the Charles Bridge is its youngest part. It was finished in 1464 under the reign of king George of Poděbrady on the site of a Romanesque tower that was built together with the smaller so-called Judith Tower that has been preserved until this day. Both towers are connected through a gate with battlements from the early 15th century protecting the entrance to Lesser Town. The model for the construction of the Lesser Town Bridge Tower in the Gothic style was most probably the Old Town Bridge Tower on the eastern side of the bridge built according to Petr Parléř, which is together with the Lesser Town Bridge Tower nowadays a part of the Museum of the Capital City of Prague. The Lesser Town Bridge Tower is 43.5 meters high and the gallery is located at the height of 26 meters. The niches in its facade suggest that initially the tower was to be richly decorated with sculptures which has, however, never been realized. Today's look of the tower comes from the period between 1879 and 1883, when it was modified according to the design of architect Josef Mocker. In the past the tower served as a storehouse and watchtower, nowadays it is accessible for the general public as a lookout. A permanent exhibition on the history of Charles Bridge is on display in the tower.