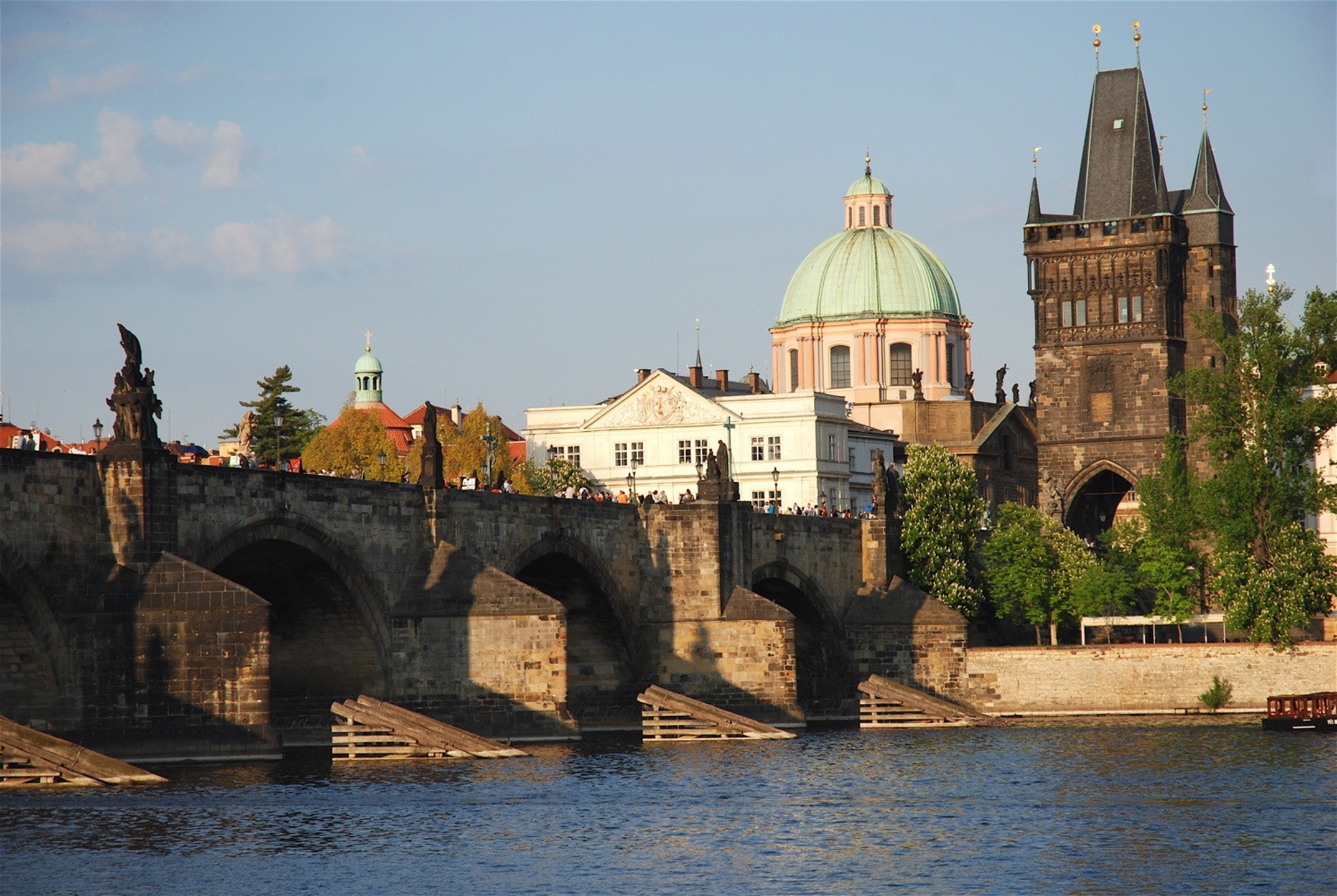 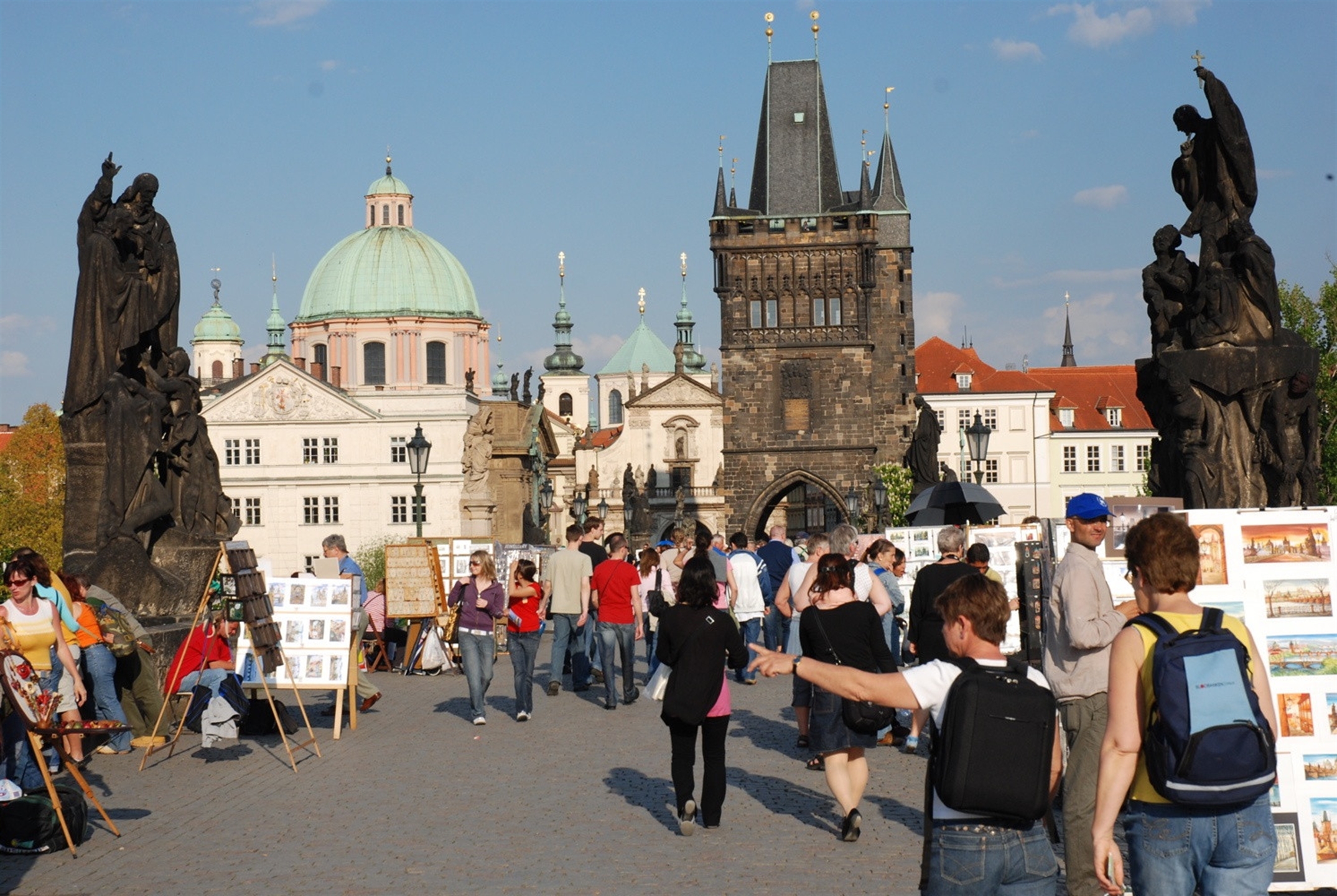 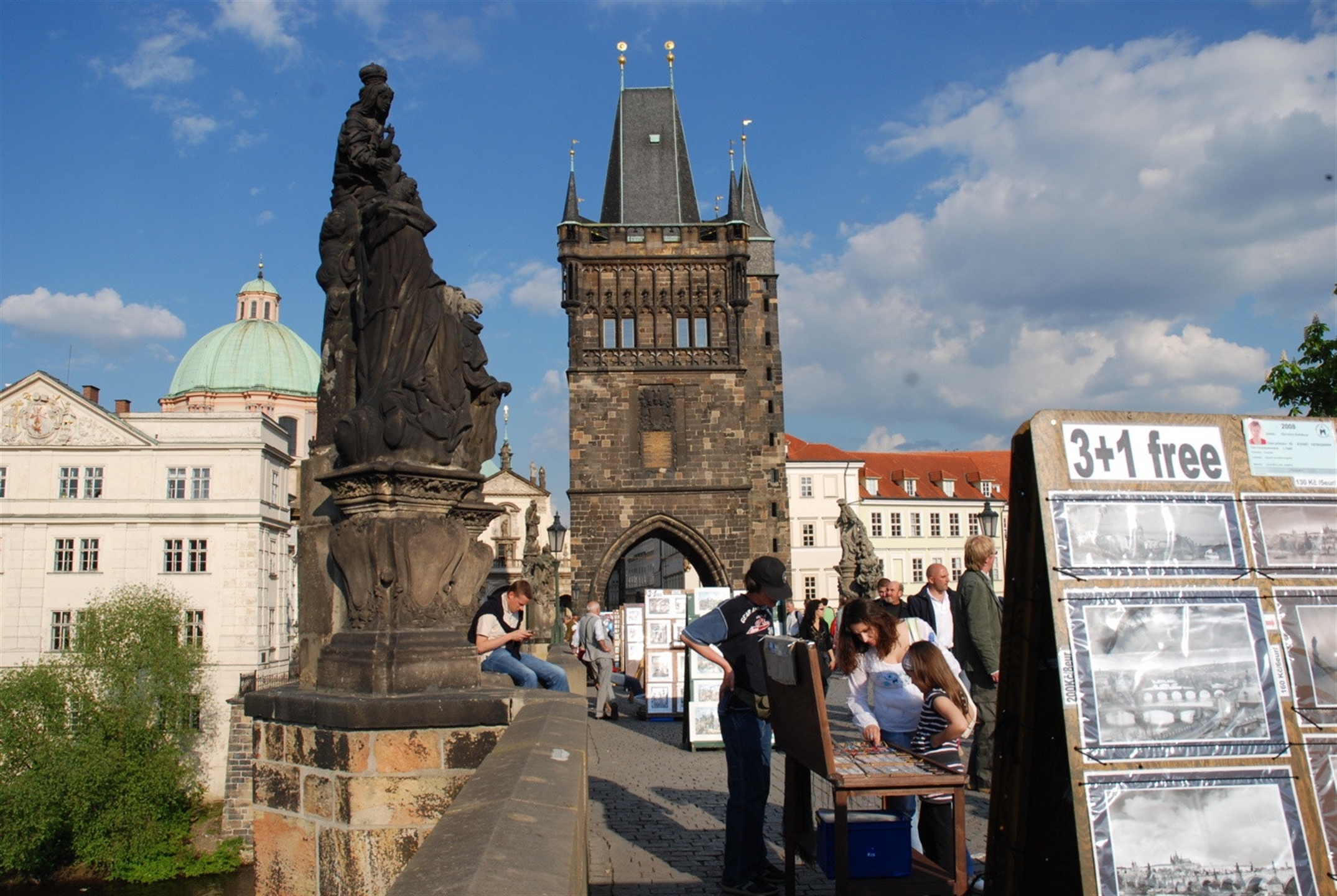 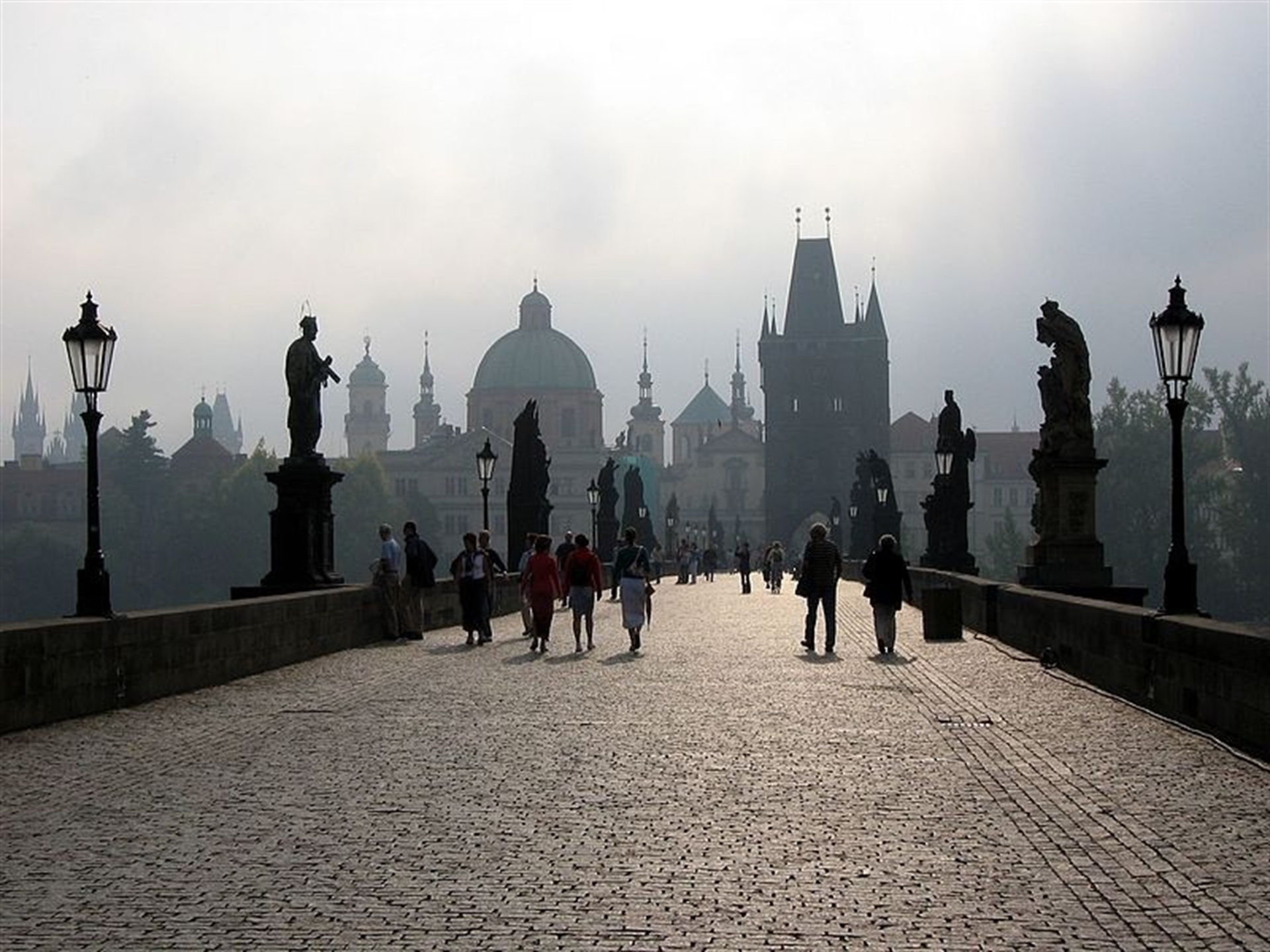 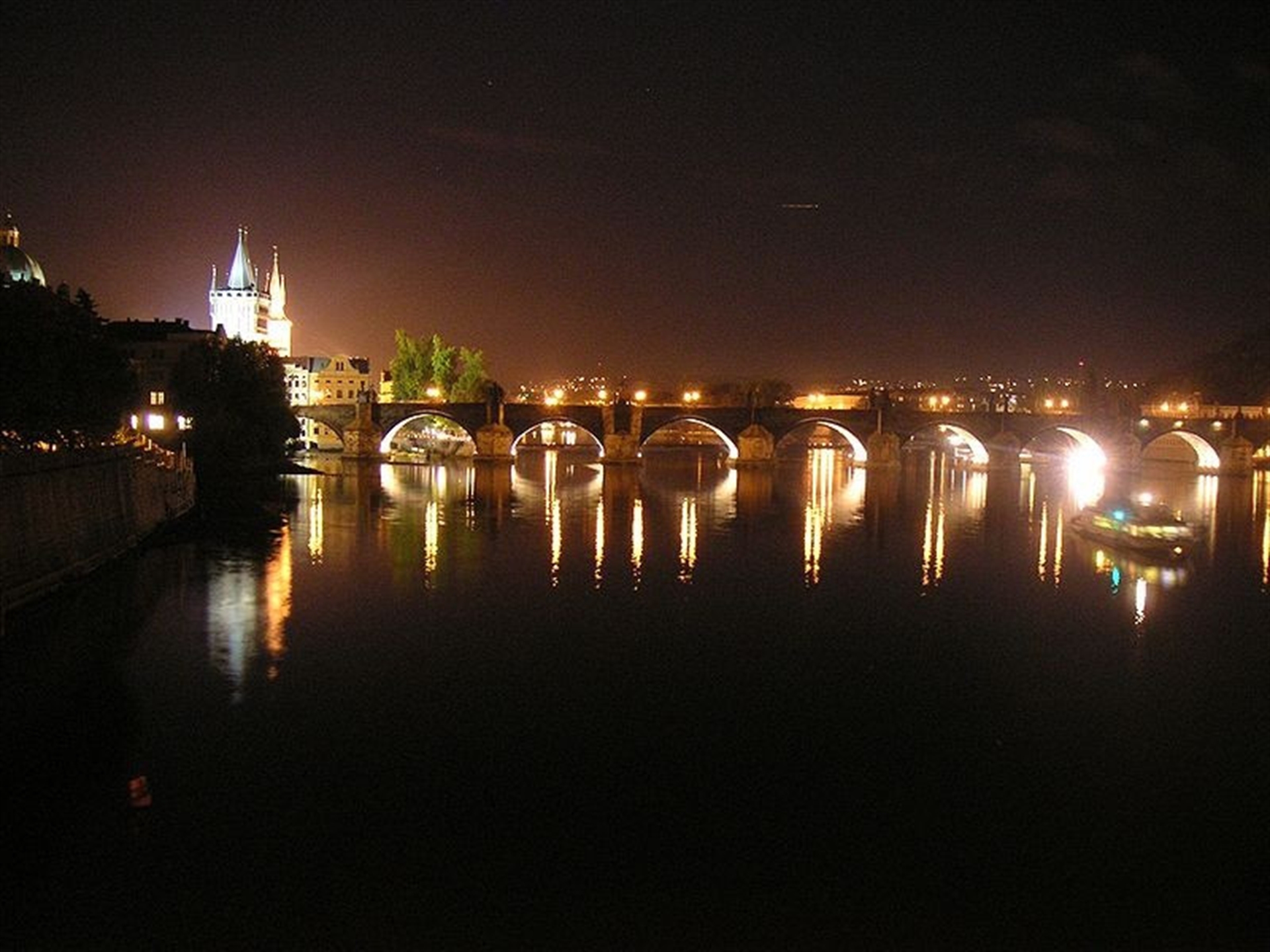 In 1357 Charles IV commissioned the construction of a bridge that would connect the two Vltava riverbanks and would make Prague an important trading route between the East and the West. According to the royal astronomers, construction of the bridge commenced at the suitable, lucky time of 5:31am on July 9th 1357. In palindromic terms this time can be numerated as a sequence of ascending and descending odd numbers (135797531); these numbers are carved on the Old Town Bridge Tower. Although construction ended at the beginning of the 15th century, this famous bridge did not have the look or name of today. In the beginning, it was known as the Stone Bridge. It has survived many floods and battles. In the 17th century, most of the statues and sculptures intended to line the bridge were created; stone replicas have replaced the originals, which are currently housed at The Lapidarium of the National Museum. Today, Charles Bridge is one of the top attractions in Prague. During the middle of the day visitors flood the bridge, but if you go across in the early morning or at night, the feeling is mystical and enchanting.