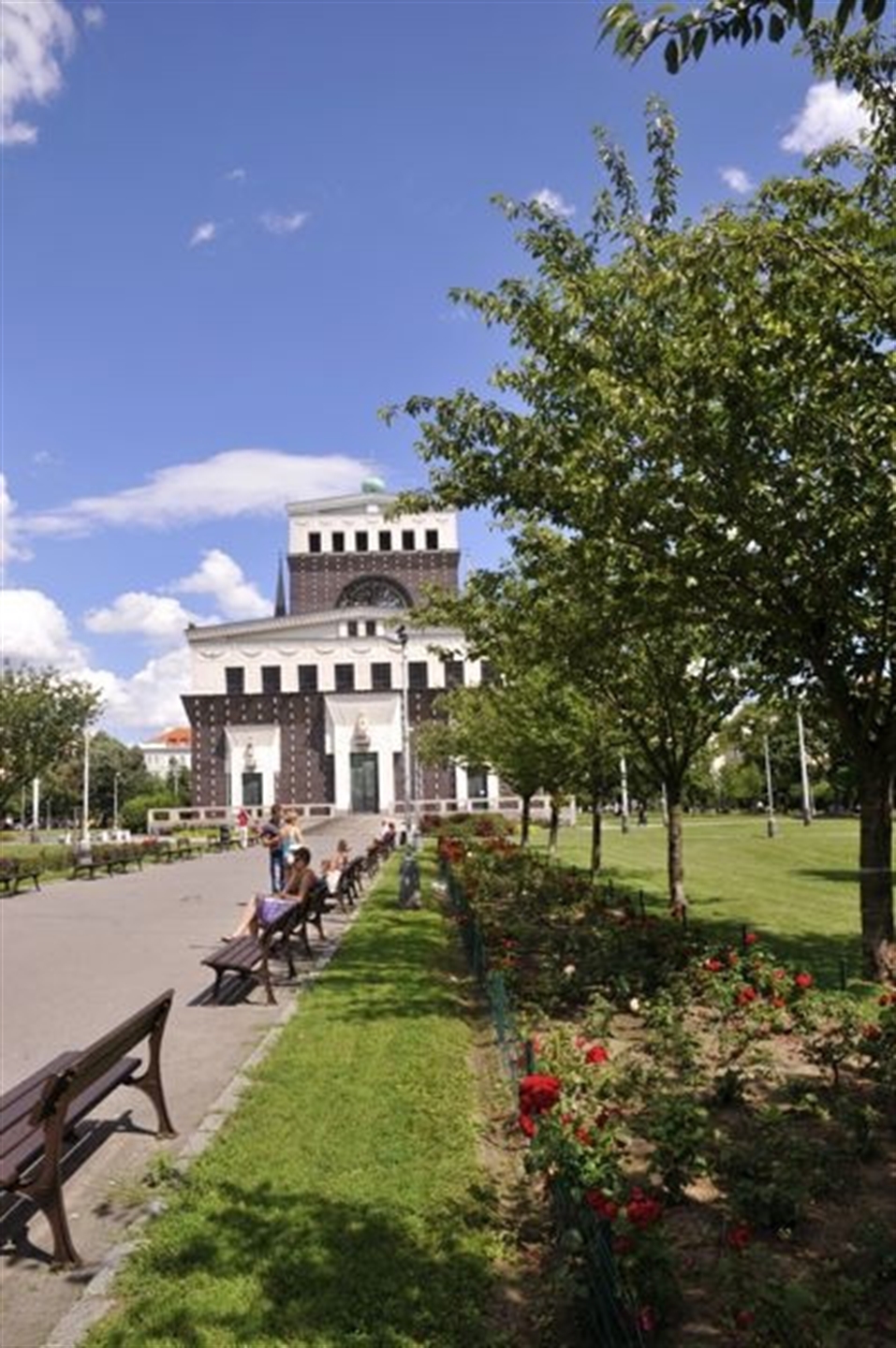 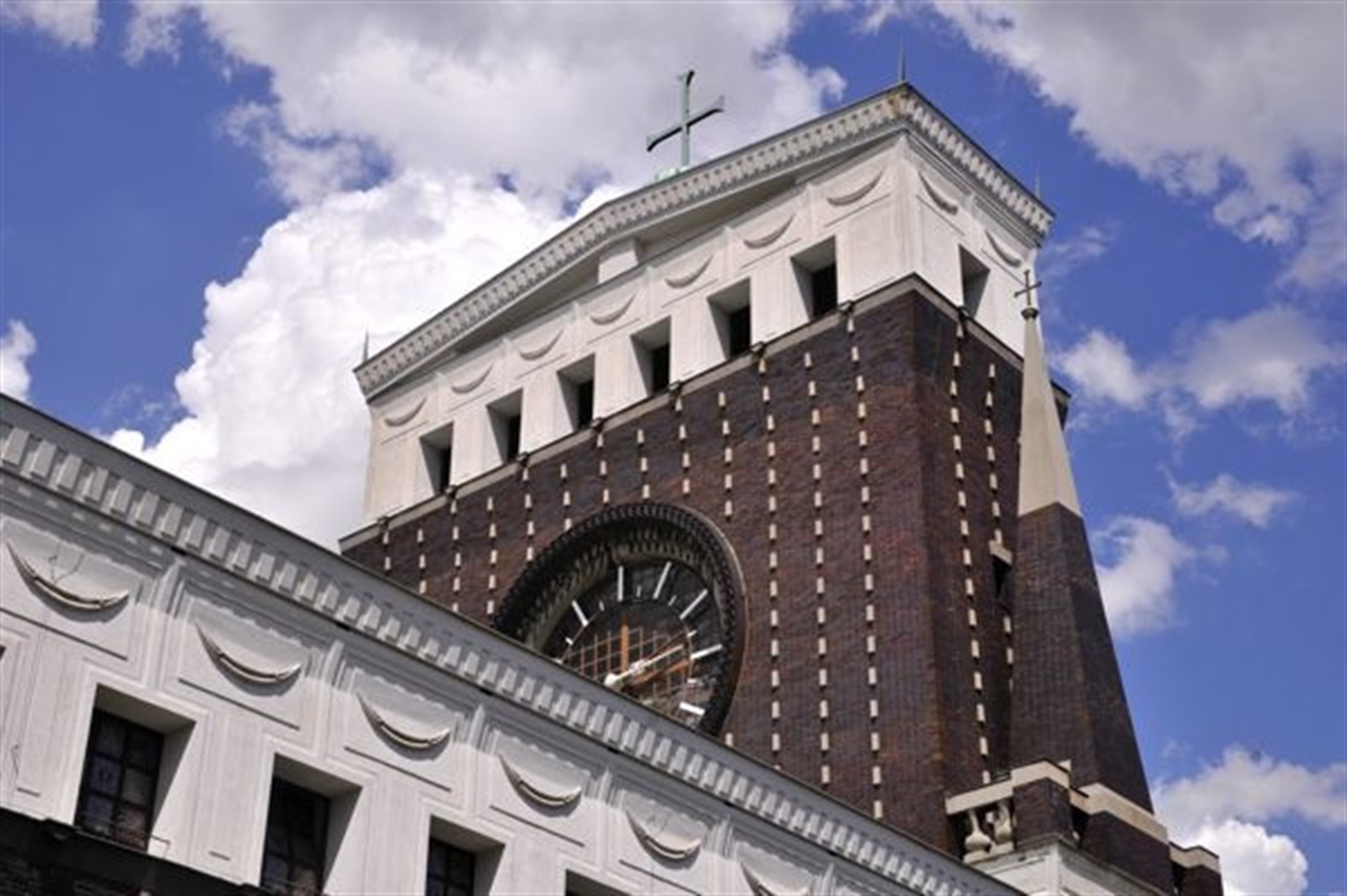 An excellent starting point for a stroll around Vinohrady, Jiřího z Poděbrad Square, sits on the border between Prague 2 and Prague 3 and the blurred line that is the border between the Žižkov and Vinohrady neighborhoods. Jiřího z Poděbrad Square, or Jiřák to locals, was named after the famous Hussite King Jiří z Poděbrad (George of Podebrady) from the 15th century, who was famous as a moderate Hussite leader attempting to establish peace during his reign, and who tried - though failed - to establish a peace agreement that is seen as the earliest echoes of the modern-day European Union. The Church of the Most Sacred Heart of our Lord stands squarely, and eye-catchingly, in the center of the square. The creative work of Slovenian architect Jože Plečnik, the church is modern and unique; completed in 1932, its a definite must-see for those who are tired of traipsing around the Gothic and Baroque structures typically found across most of Europe. From the square, which is lined with cafes and shops and hosts a semi-weekly farmers market among other open-air festivals, you can walk to the famous Communist Žižkov Television Tower, the Flora shopping center, down the hill to the trendy up-and-coming Žižkov neighborhood, or you can stroll around the Vinohrady neighborhood and admire the wide range of Art Nouveau architecture on display in the area. Manesova Street is a particularly nice tree-lined avenue leading from Jiřího z Poděbrad Square almost to the National Museum building at the top of Wenceslas Square. A tramstop and a metro station, both conveniently called Jiřího z Poděbrad, are located directly at the square, making the area a breeze to reach by public transportation.

The Zizkov Television Tower at 216 meters is the highest structure in the city of Prague. Built between 1985 and 1992, started by the Communists, the tower was once resented by local inhabitants, as t ...

Overlooking Peace Square, this imposing neo Gothic church, built from 1888 to 1893, is gorgeous with its massive twin towers pointed towards the heavens. The exterior of this neo Gothic church is impr ...

Church of the Most Sacred Heart of Our Lord

This strange train station like church was built in 1932 and is one of the most unique structures in the city of Prague. Unlike the majority of churches in Prague, this one, although built in 1932, is ...

The lovely Art Nouveau Vinohrady Theater sits on the side of the grand church of St. Ludmila in the neighborhood of Vinohrady. The dominant Art Nouveau theater, home to one of the main drama scenes in ...

Saloun's Villa, located in a quiet area of Vinohrady, is a former studio of the Czech sculptor Ladislav Saloun (1870-1946), a leading figure of Czech Art Nouveau symbolism and the author of the famous ...