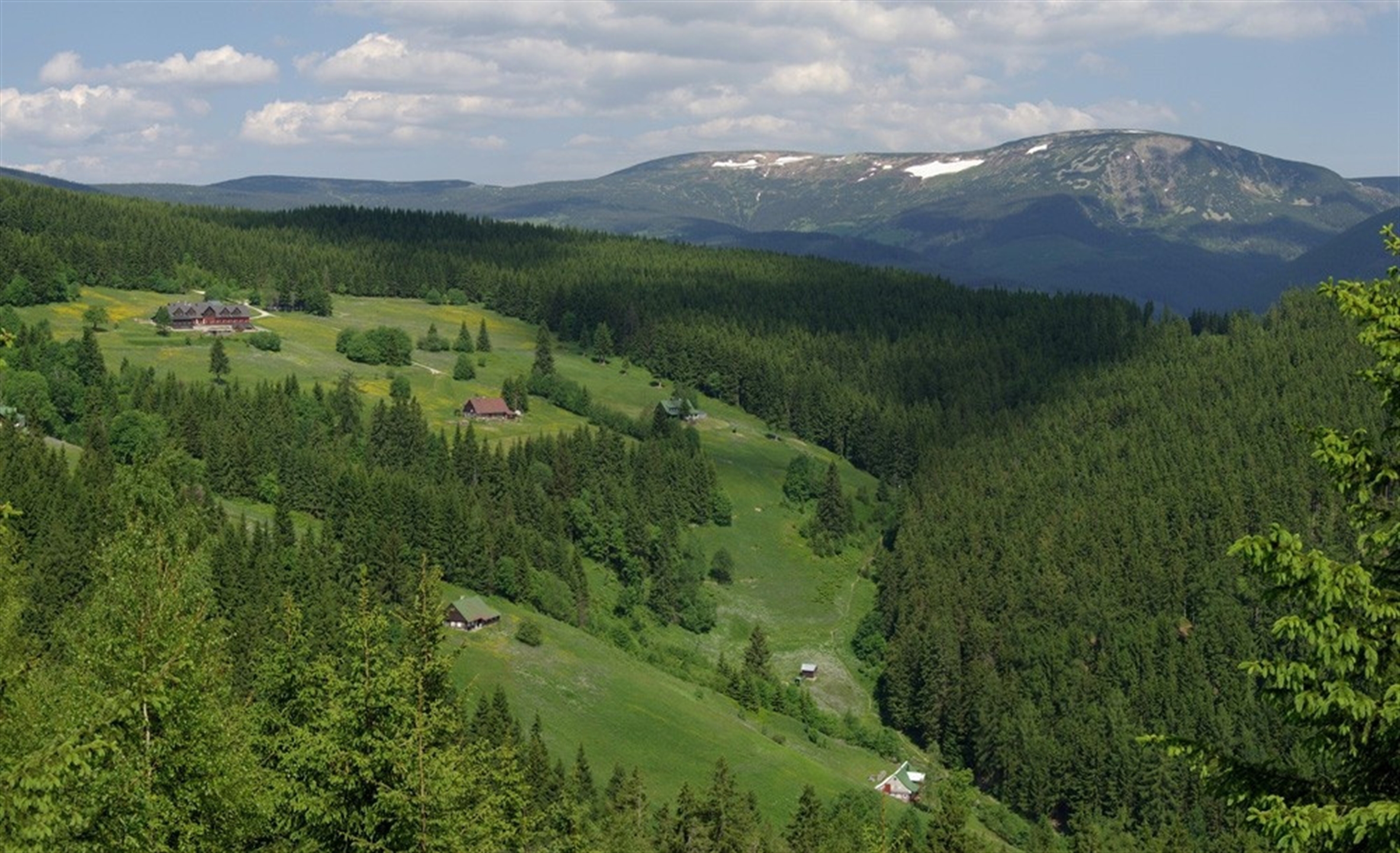 Krkonoše National Park, located along the the Polish border at the northern edge of the Czech Republic, has the job of protecting the flora and fauna of Krkonoše (the Giant Mountains), the highest European mountain range north of the Alps. Krkonoše has always attracted many visitors, both those interested in exploring its unique natural wonders and attractions, and those looking to pursue various outdoor sports such as skiing, snowboarding, hiking, cycling and mountaineering, and also lesser-known sports such as the newly-popular snowkiting, also known as kite-boarding. The Krkonoše National Park was founded in 1963 and is thus the oldest national park in the Czech Republic, and with its area of 363 square kilometers it is also the second largest national park in the Czech Republic, right after the Šumava National Park in Southern Bohemia. Krkonoše National Park is the home of the celebrated Sněžka, the highest mountain peak in the Czech Republic, which reaches the altitude of a steep 1602 meters. The Krkonoše landscape, with its alpine areas which resemble a tundra, is unique within the Czech Republic and Europe, and some parts of it are the obvious products of ancient glacial activity – in fact, there are several fauna species which are clearly remnants of the last glacial era and which are found nowhere else, such as the Krkonose Rowan (Sorbus sudetica), making it a naturalist's paradise. Krkonoše is particularly popular during the winter, when winter sport enthusiasts from across Central Europe pack into the area's ski centers, the best being those at Pec Pod Sněžkou, Janské Lázně, and the very popular Špindlerův Mlýn. Krkonoše, with its variety of natural attractions and beauty is, however, well worth visiting during any of the Czech Republic's distinct and unique four seasons.