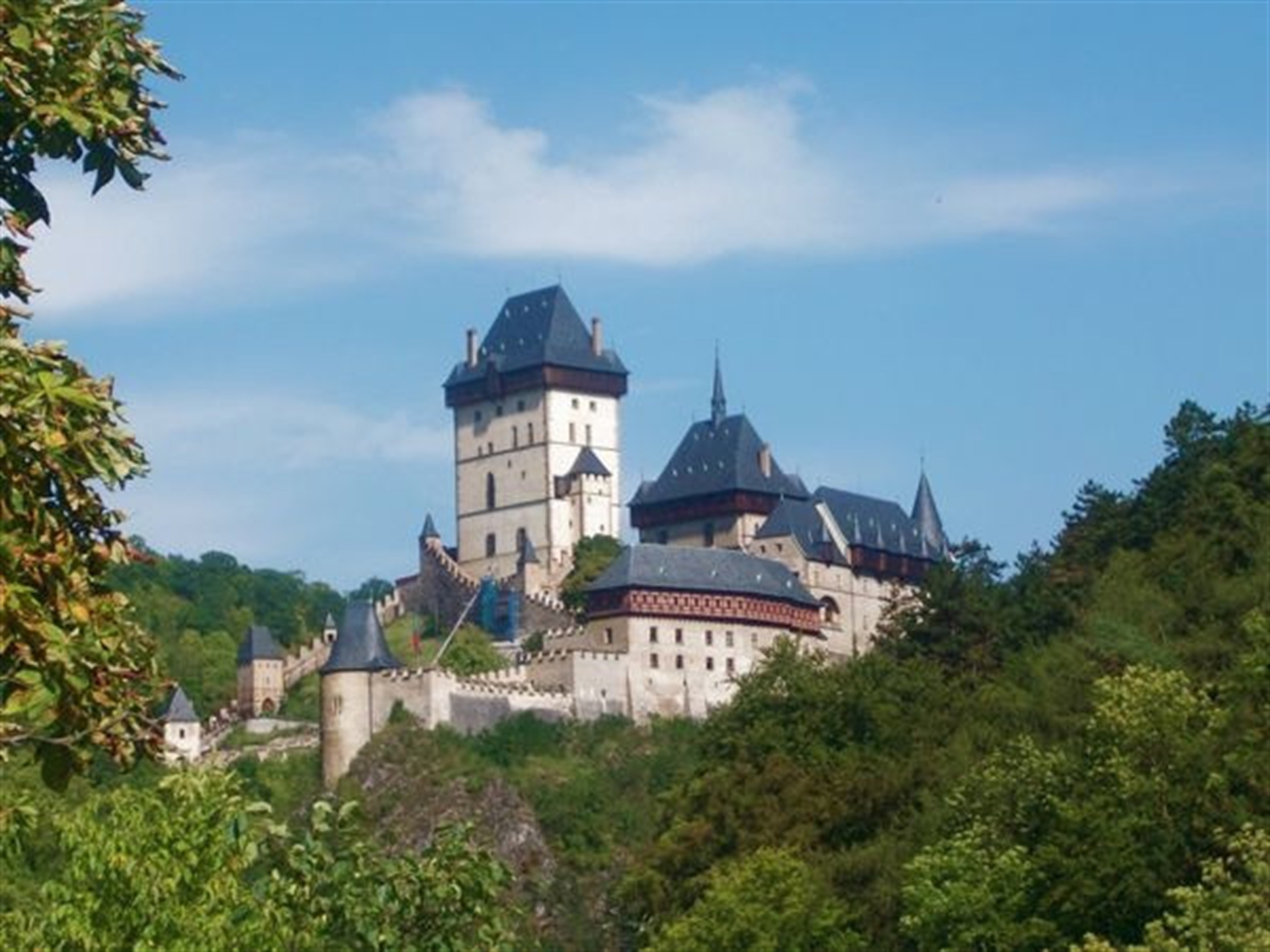 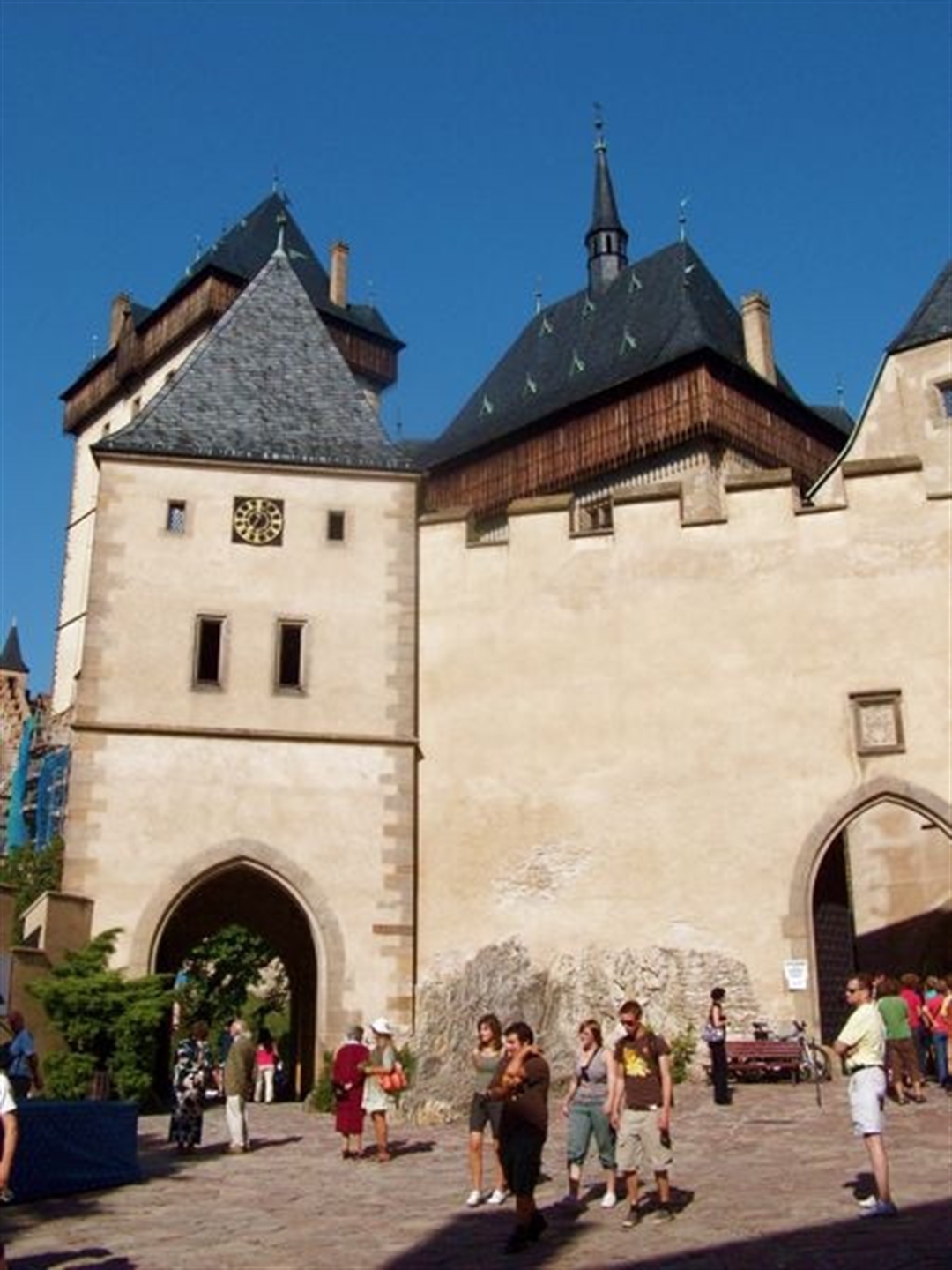 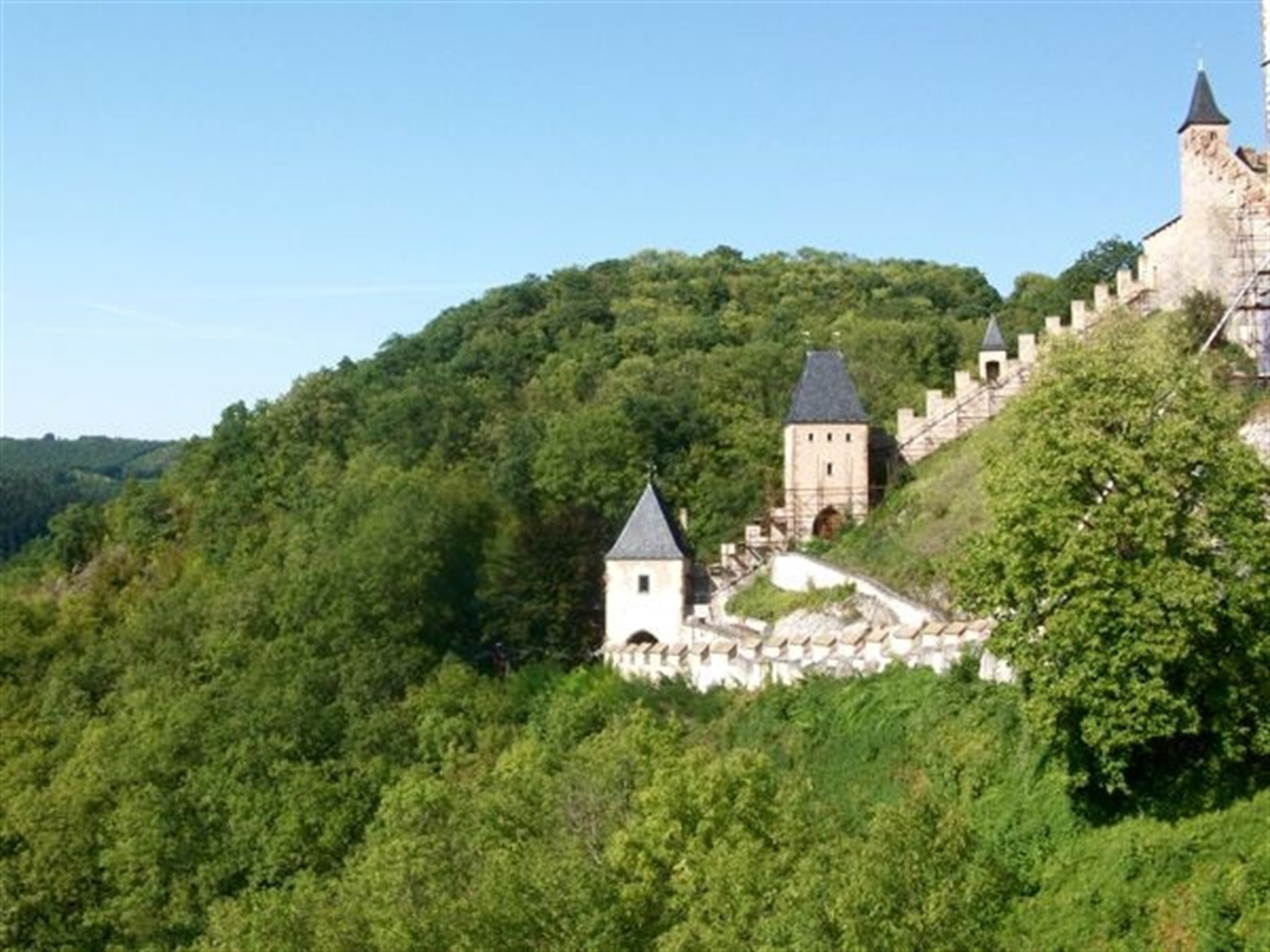 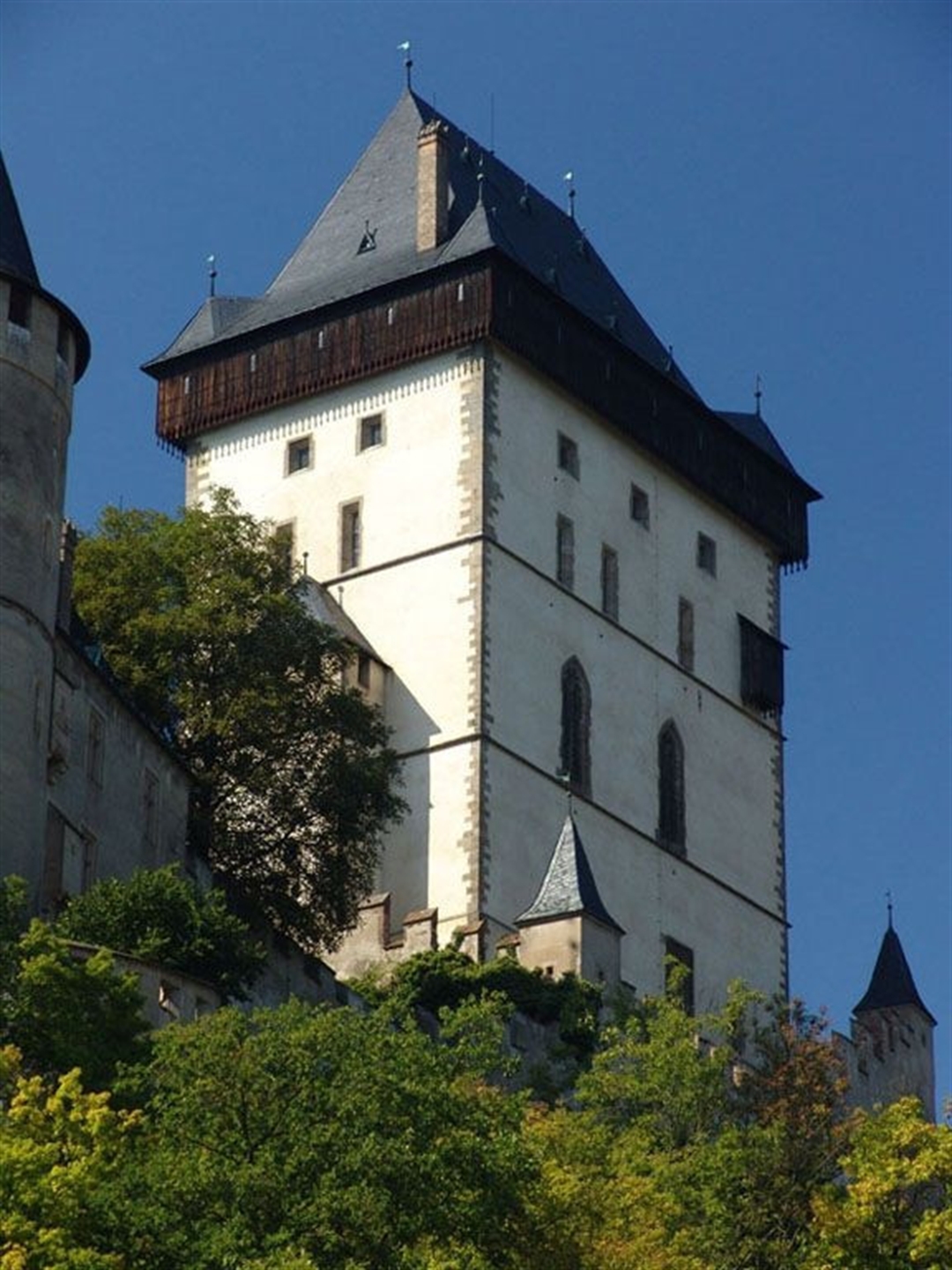 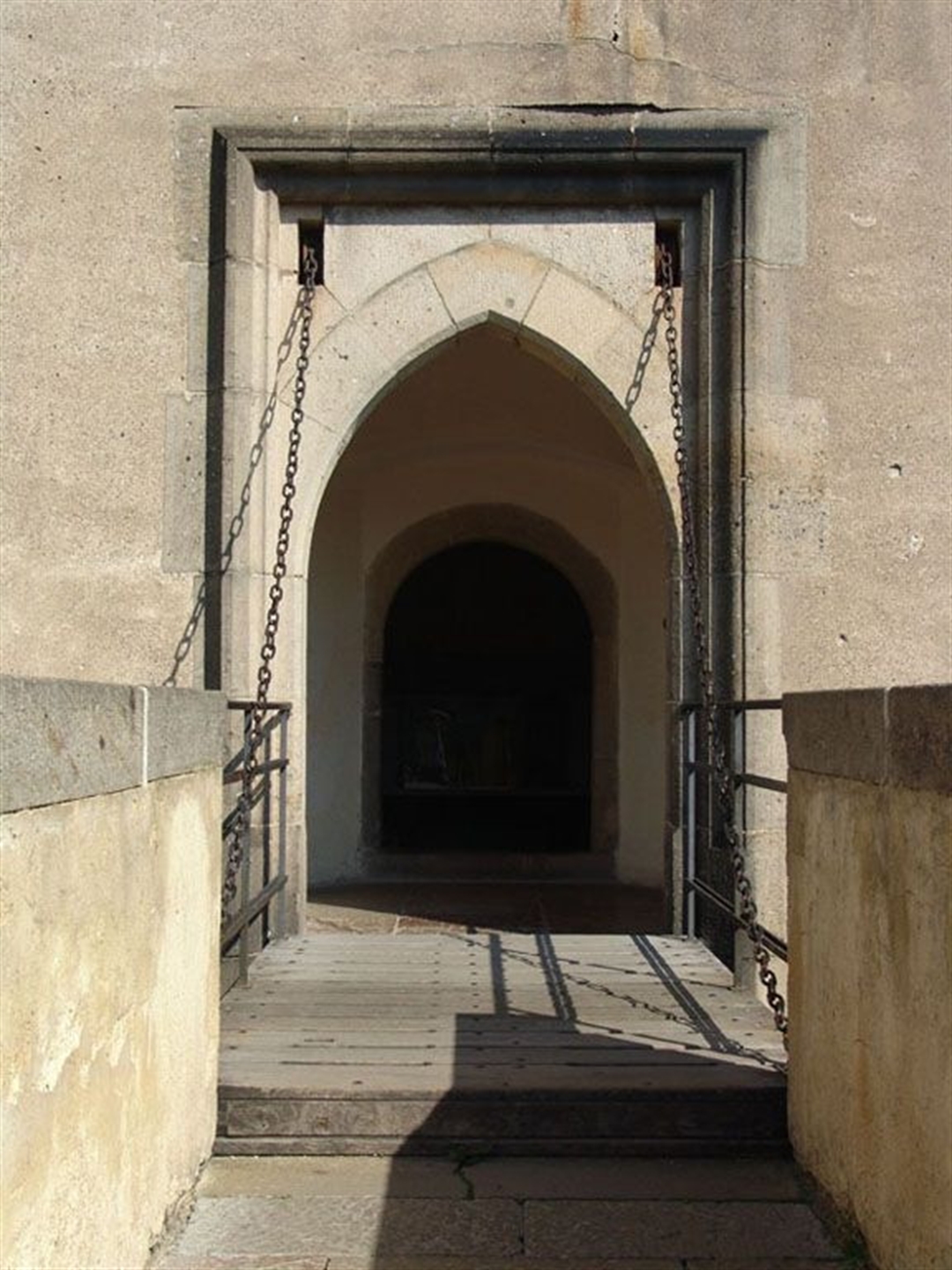 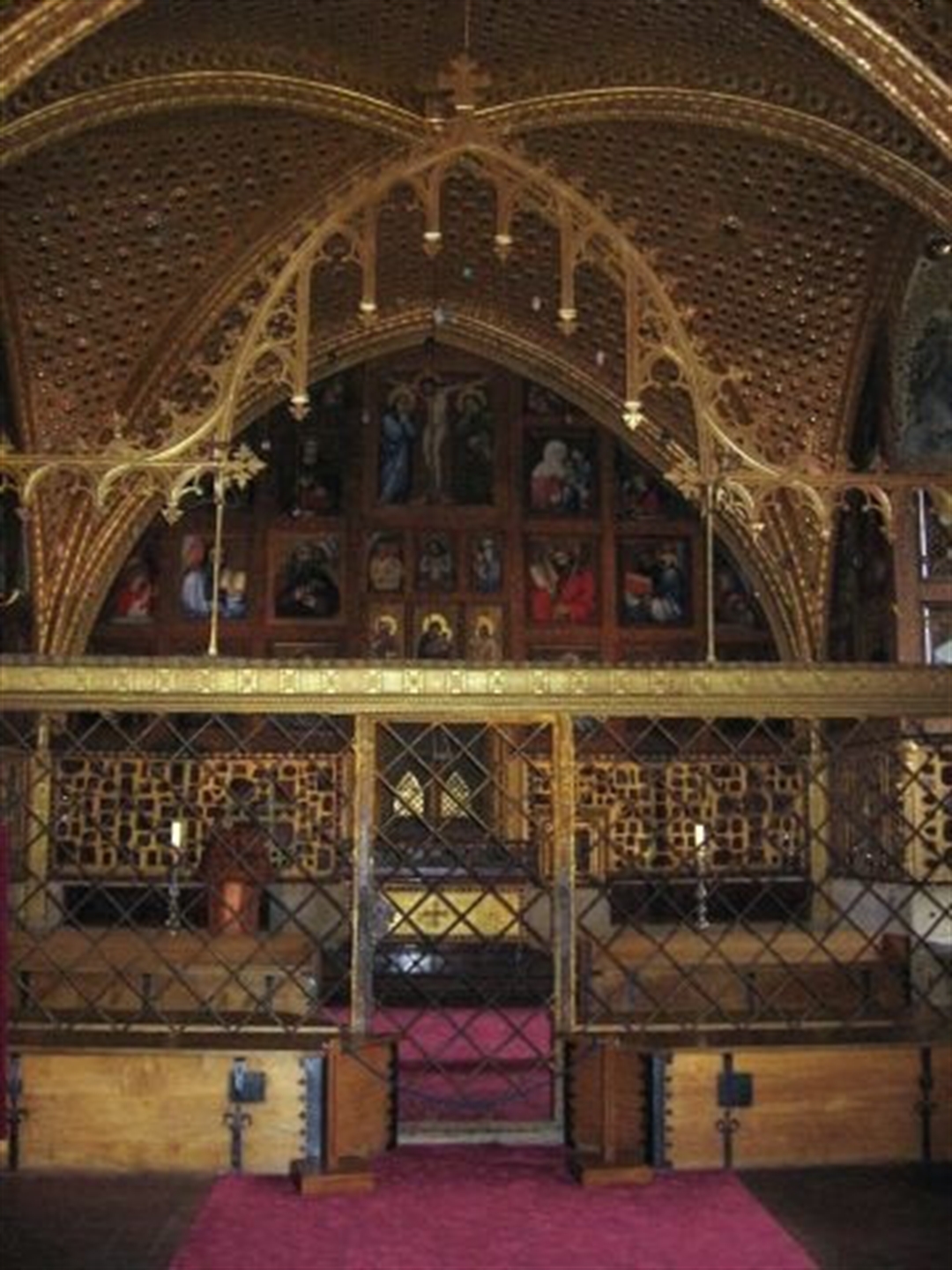 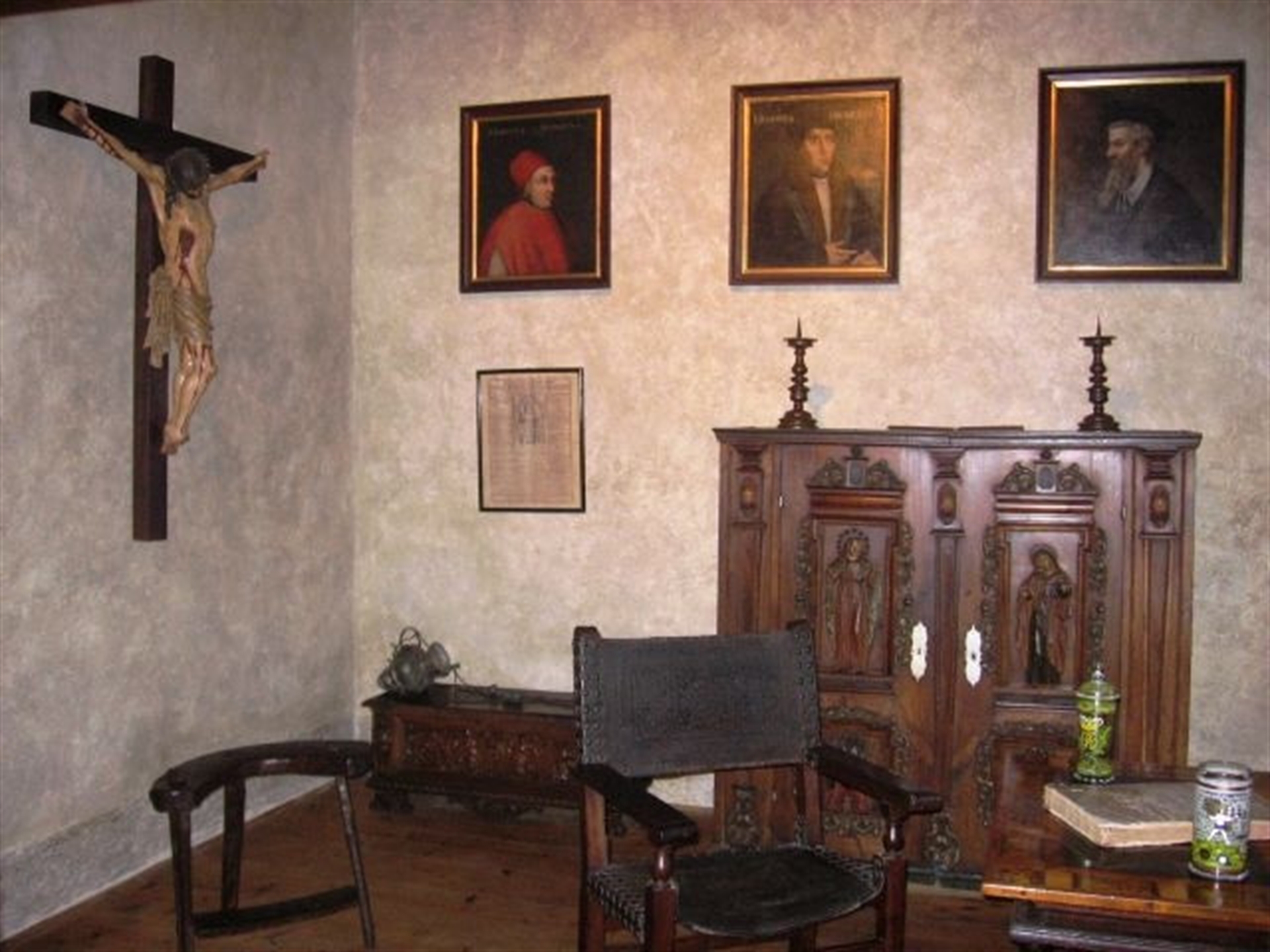 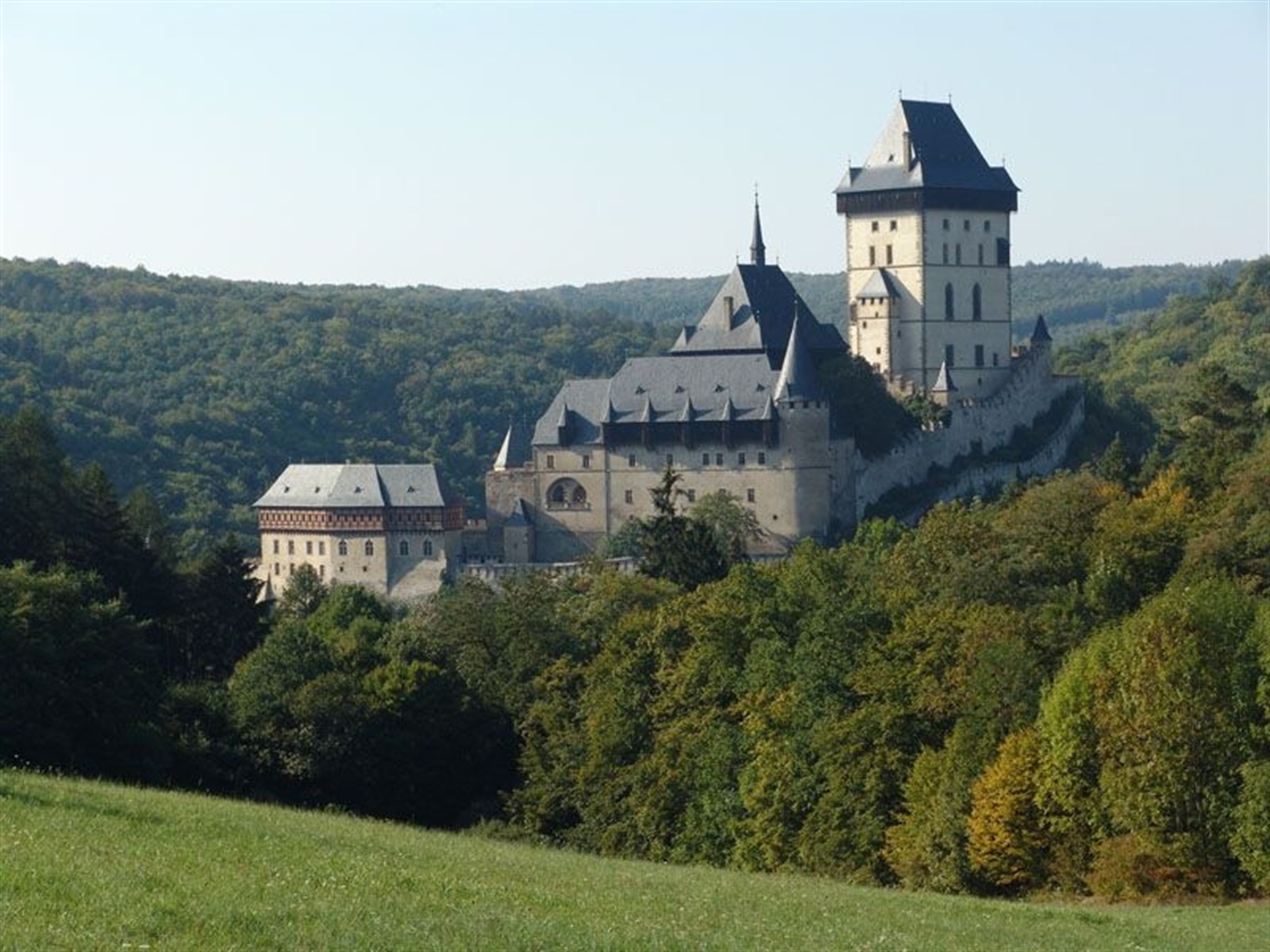 Located close to Prague is the most famous Czech castle, Karlstejn. Czech King and Roman Emperor Charles IV to house and protect the Royal Coronation Jewels and his collection of holy relics built this magnificent high Gothic fortress, founded in 1348. After 1480 the castle was reconstructed in the late Gothic style and in the Renaissance style in the late 16th century. The present day neo Gothic appearance of the castle is the work of architect Josef Mocker from the end of the 19th century. A major stop on every tourist path, Karlstejn is overcrowded and overrun by people in the summer, but is definitely worth pushing past the hoards of people to see this Gothic castle gem. Overlooking a quaint village with souvenir shops and traditional Czech restaurants, Karlstejn looms over the surrounding area in a most majestic way, commanding your attention and awe. The surrounding countryside is most splendid as well, with lush green forests offering many hiking trails, natural caves, the winding Berounka River and much more, not to mention other castles close by!

Prague Castle is the centerpiece of every Prague panorama. It overlooks the city and demands admiration. If you ever find yourself in Prague during summer dusk make sure to take a look at the sun sett ...

The second largest castle complex in the Czech Republic besides the massive Prague Castle, the Cesky Krumlov Castle complex is located in Southern Bohemia. The gorgeous castle sits perched high above ...

In the protected area of Cesky Raj located about an hour northeast of Prague you will find magical castles and ruins, natural wonders such as rock cities and rock quarries containing semi precious sto ...

Located in the pretty Berounka region west of Prague, Krivoklat, dating back to the 12th century is one of the oldest and most important castles in the country. Originally built during the reign of Př ...

Konopiste, originally founded at the end of the 13th century, was built as a Gothic fortress overlooking and guarding the nearby village of Benesov. The chateau’s founder, Tobias of Benesov had ...