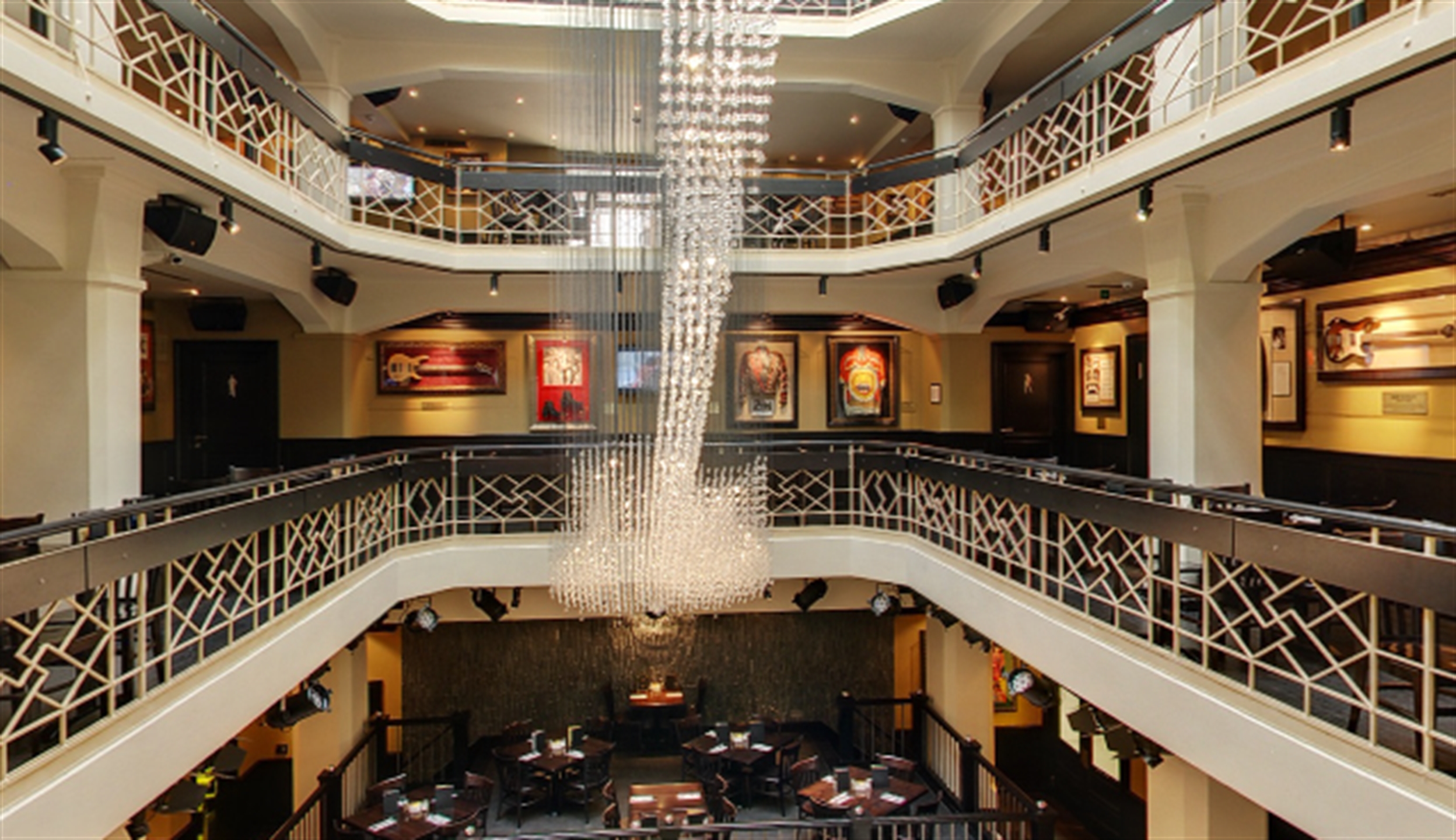 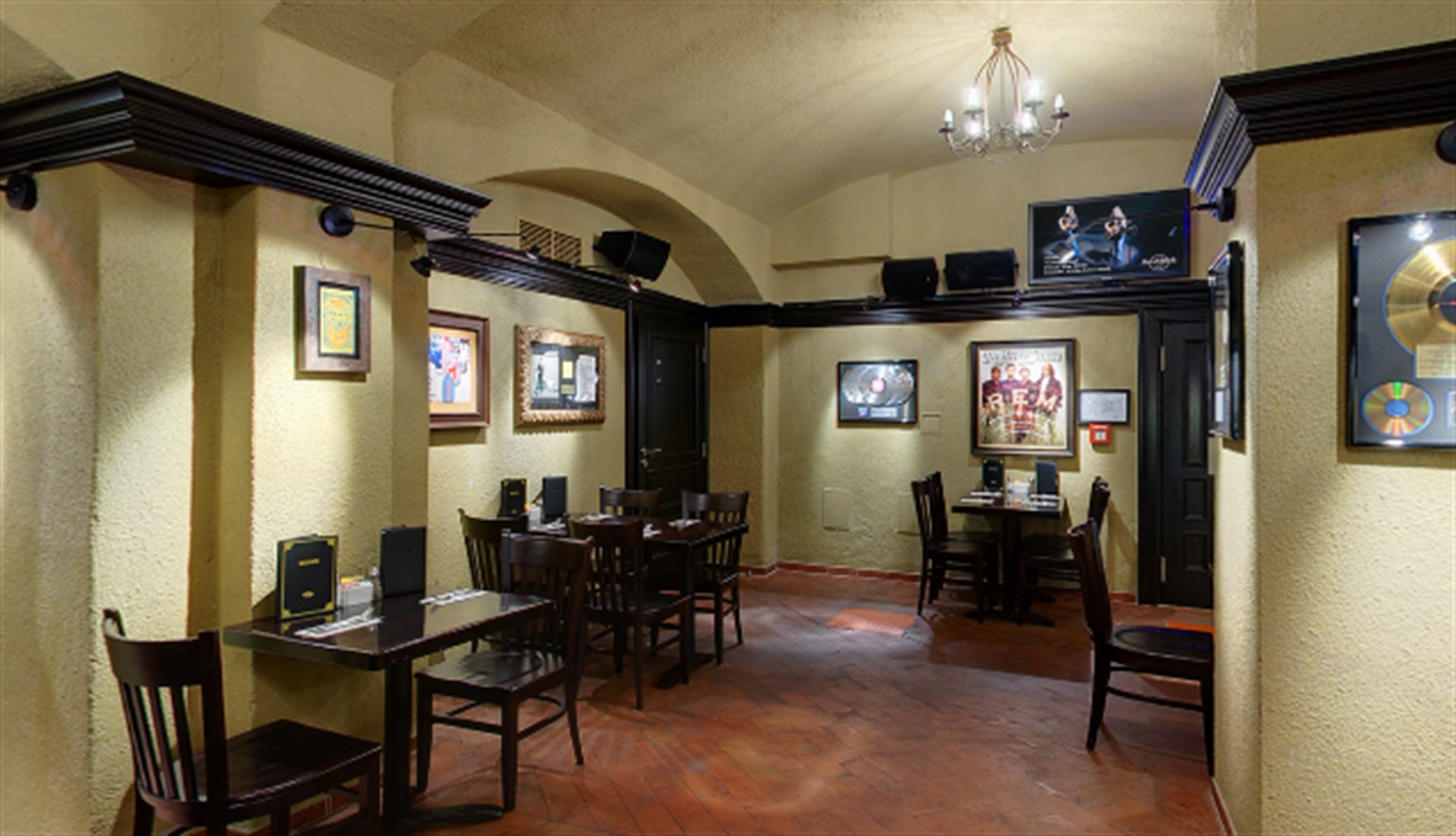 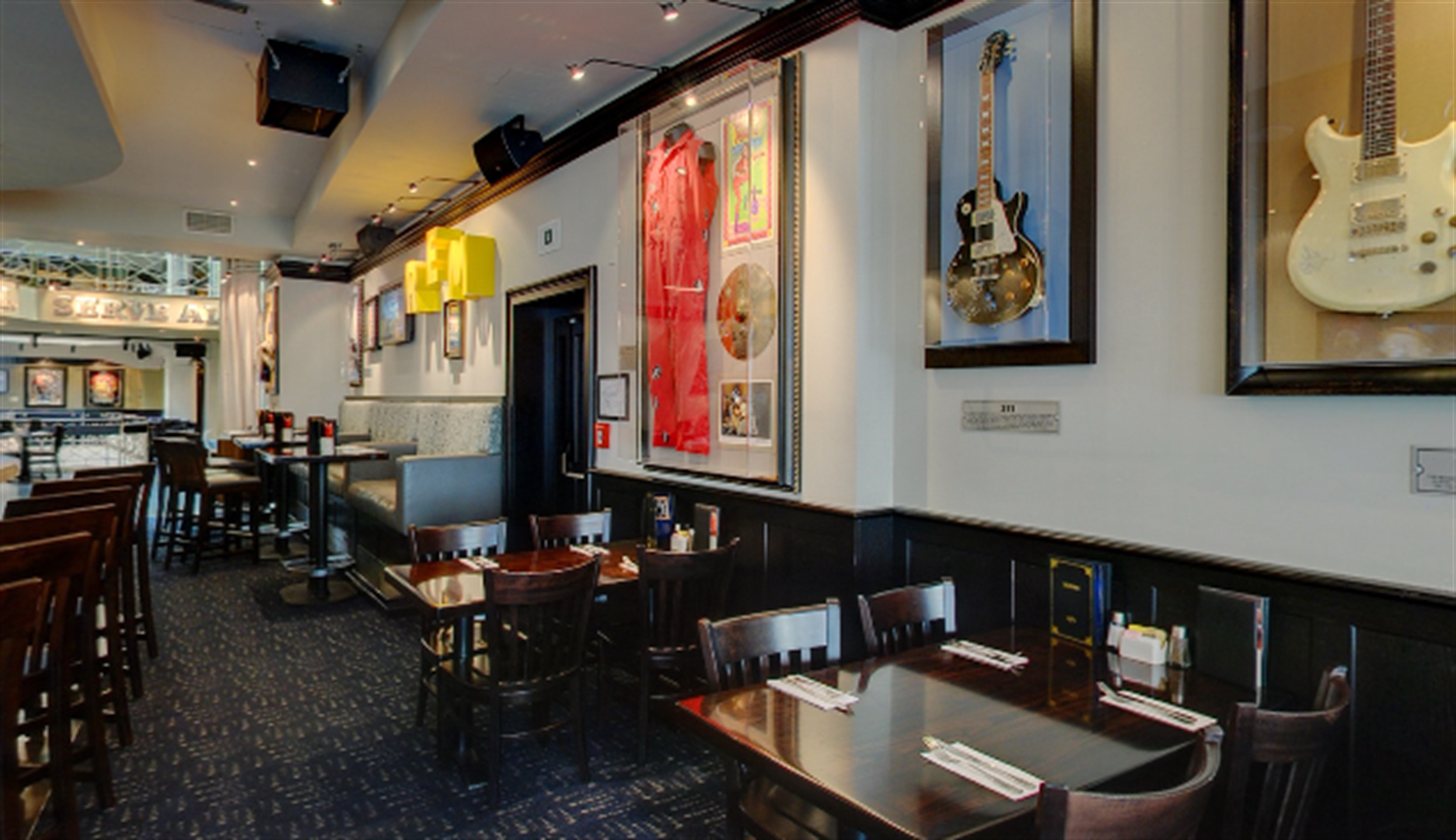 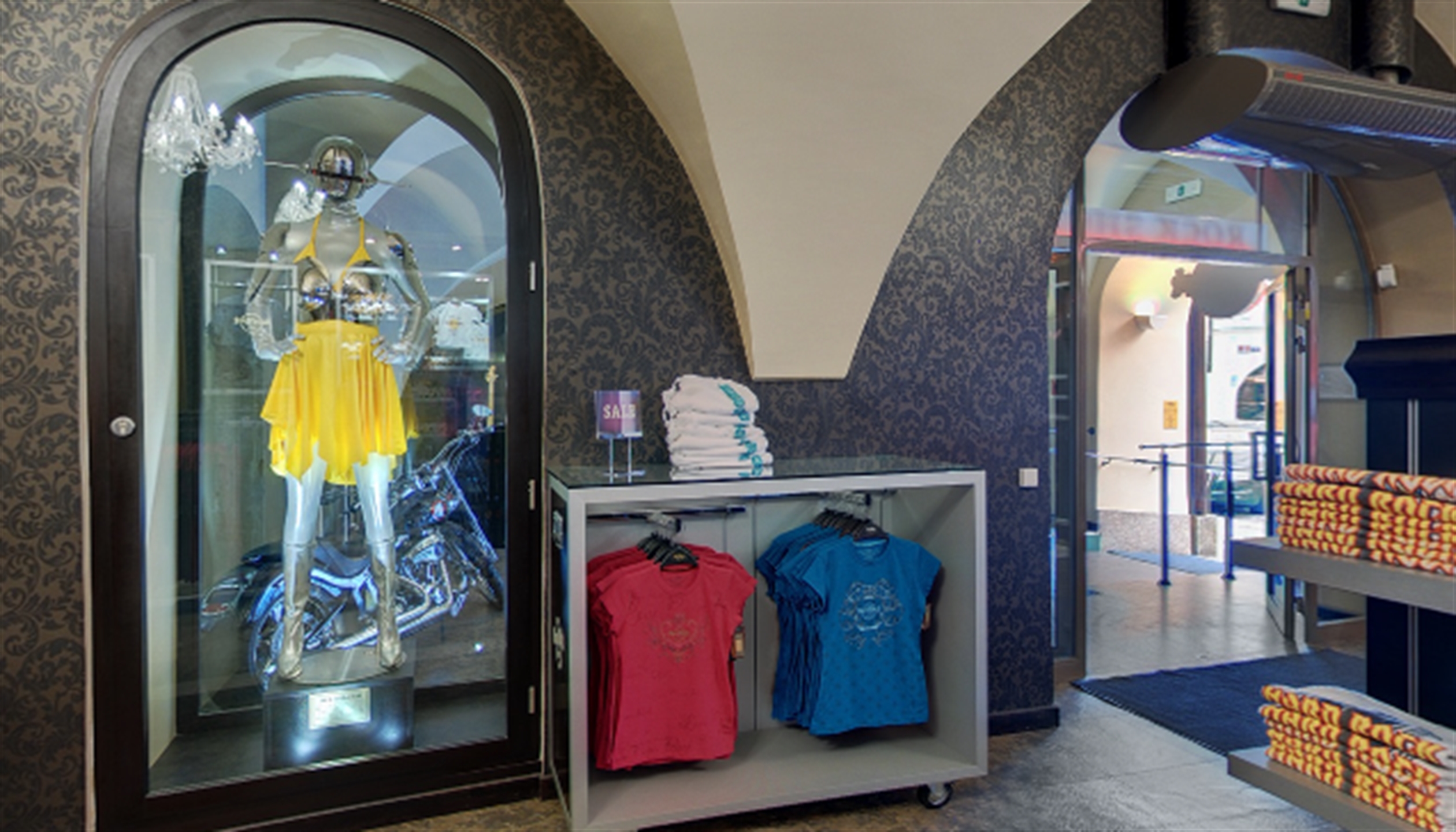 Started in London by two American fellows Hard Rock Café is famous all around the world with its 138 locations in 42 countries. The memorabilia found in the Hard Rock Cafes is a collection of over 70,000 items that is by far the largest of it’s kind, but it all started with one guitar (a Fender Lead II) from Eric Clapton who was a regular at a hip café in London where the attitude was anything goes. He gave the guitar to the men to hang on the wall and the next week a Gibson Les Paul arrived from Pete Townsend with a note that stated “mine’s as good as his. Love, Pete.” And so the story goes. A beloved Hard Rock Café is now located in Prague, one of the most visited and most beautiful cities in the world. Situated in a four-story building with a colorfully decorated neo Renaissance façade, Hard Rock Café Prague, the largest in Europe, covers three floors and boasts two bars and, of course, iconic Rock and Roll decor including a 5 meter chandelier in the shape of a guitar. The memorabilia showcased at the café includes, among many items, a pair of studded black bell-bottom pants from The King himself, a black shirt embroidered with silver and gold eagles once belonging to the famous Man in Black, Johnny Cash, and a black tuxedo coat, top hat and cane from Madonna’s Virgin Tour of 1985. Hard Rock Café offers American style food including a variety of tasty appetizers, burgers, salads, steaks, and desserts. And of course, you can purchase the traditional Hard Rock Café t-shirts, sweatshirts and mugs.

One of the best locations in Prague! The grand windows offer stunning views of Prague Castle and the National Theater, as it is nestled in the classical building across from the famous theater. Cafe S ...

This stunning cafe is located on the western riverbank, not far from Kampa Island and just across the street from Lesser Town. As a monument to Prague`s rich history, this airy and open cafe is a grea ...

This cafe is as interesting as its name (Sugar, Coffee, Lemonade). Nestled in the Baroque Lesser Town, this establishment is an ideal place to wind down after sightseeing, meet with friends, or grab a ...

This is a step south of the border; Mariachi music and Latino classics echo through the reasonably priced, bright yellow space, which caters to a trendy crowd of young professionals and expats craving ...

Located in romantic Mala Strana next to the Lennon Wall, Cafe de Paris is a wonderful find. Cozy and intimate, this family-run Parisian brasserie features al fresco dining during the mild months. The ...

While you wander through the narrow, winding streets of Old Town, make sure you find your way to U Vejvodu, a traditional Czech jewel of a restaurant. U Vejvodu has retained the Czech pub spirit, with ...