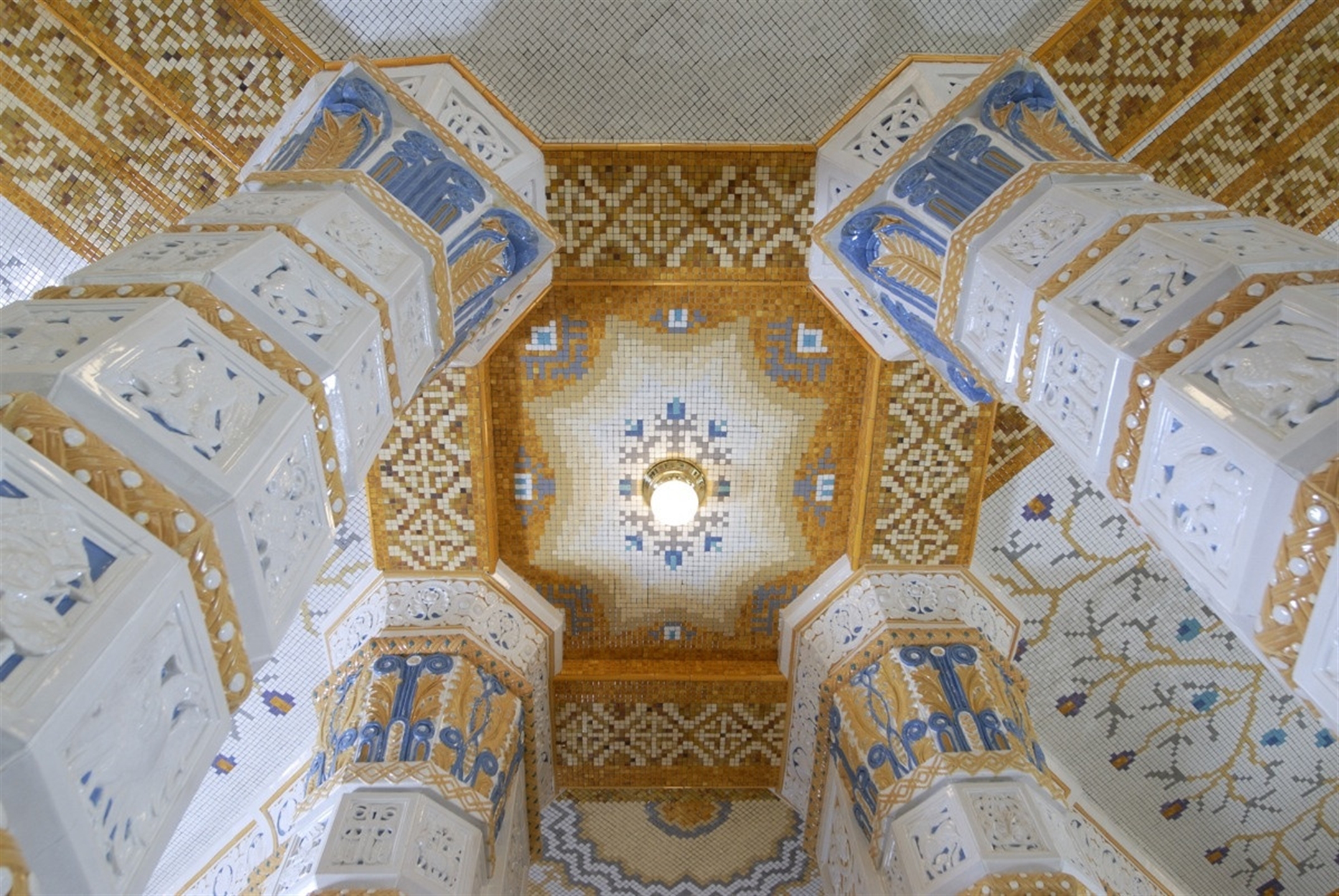 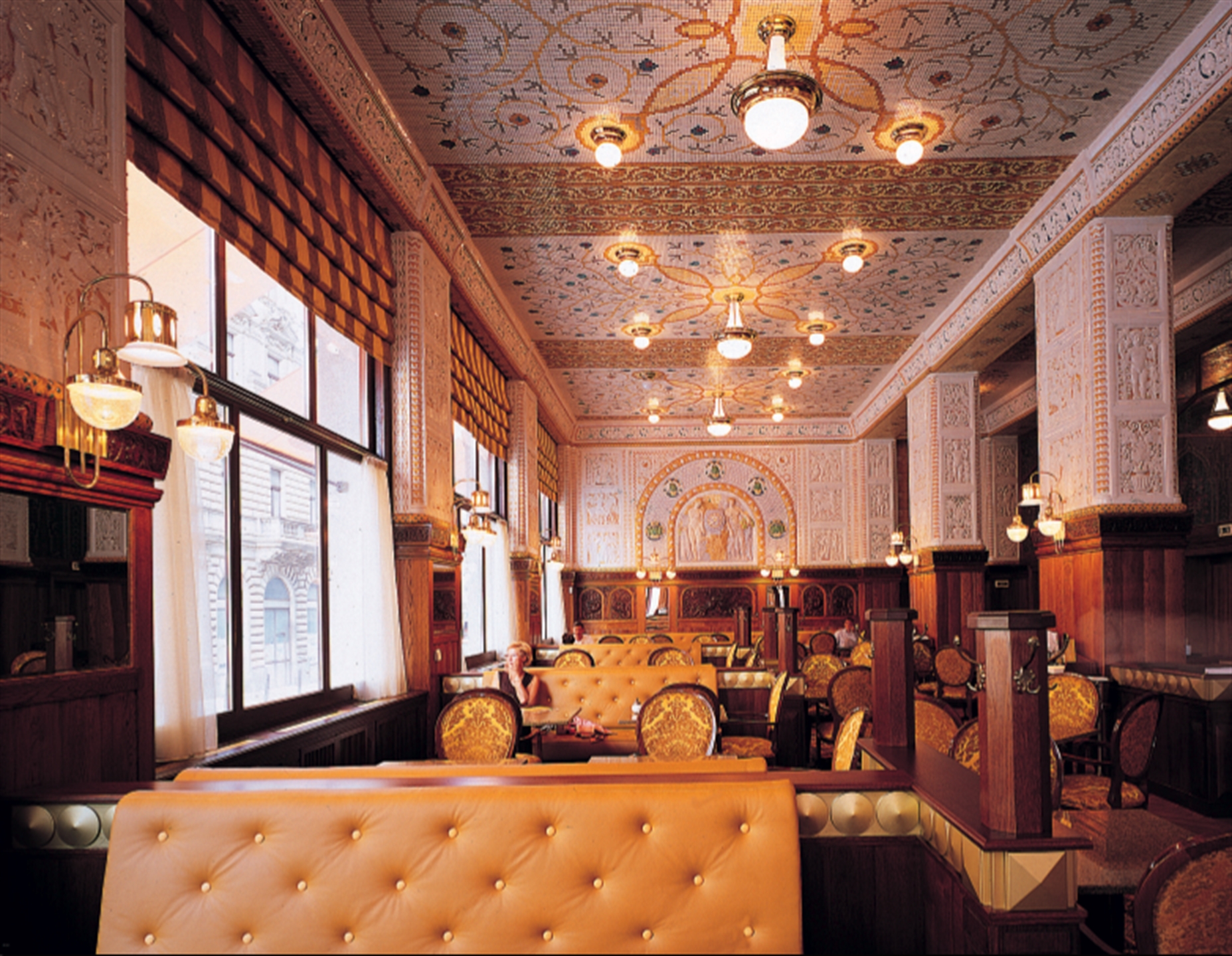 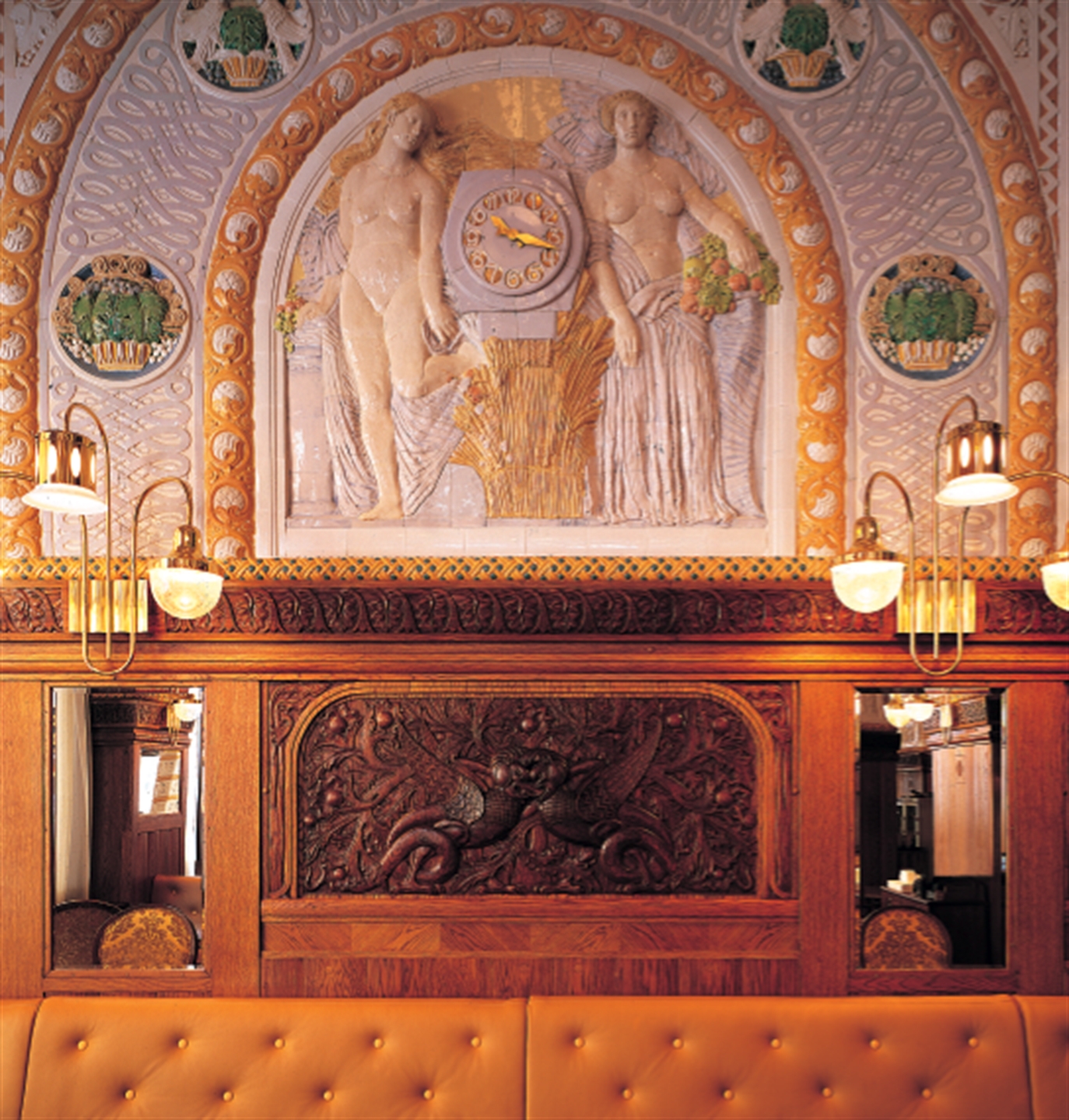 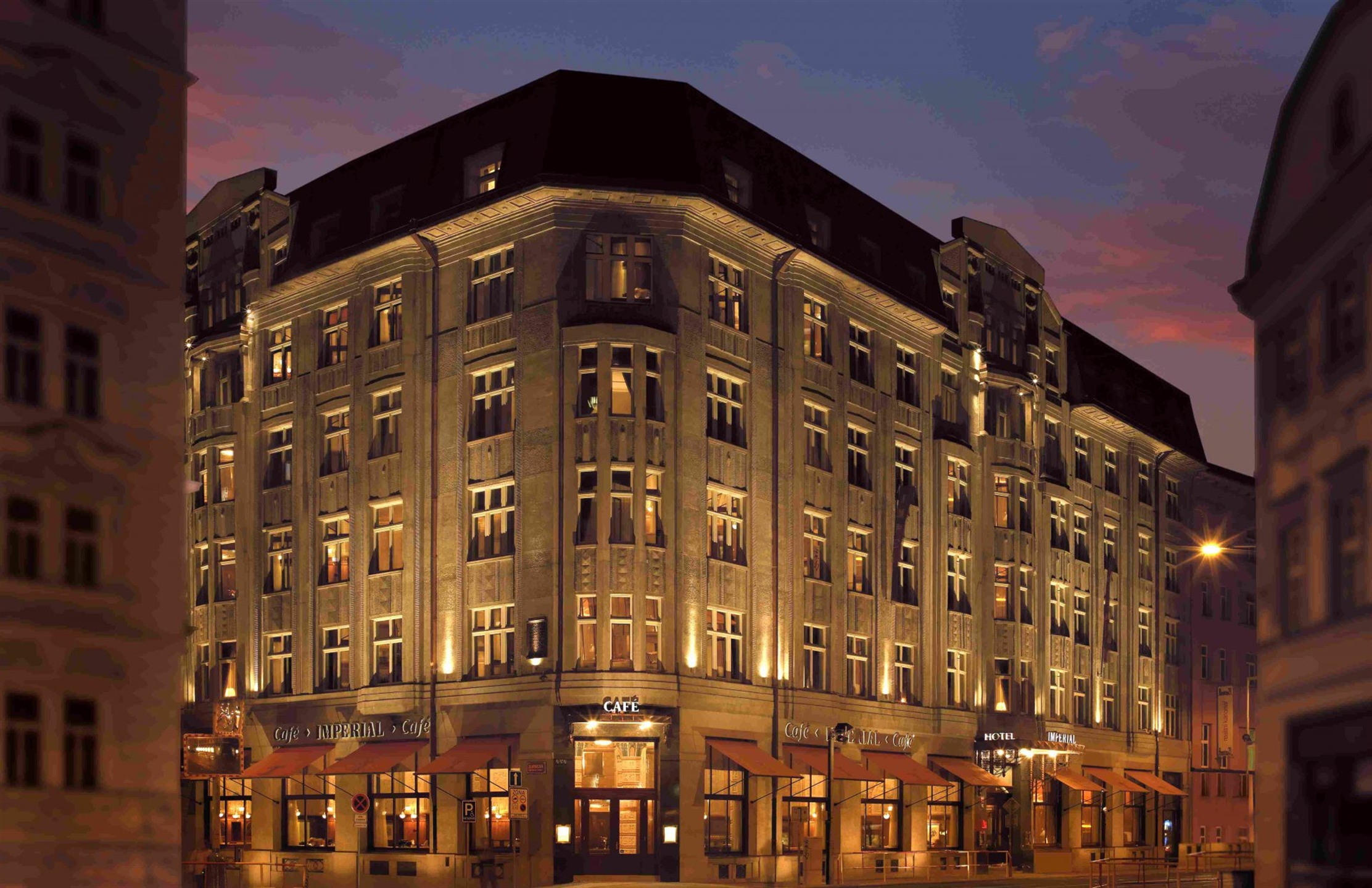 One of the grandest cafes in Prague and situated in the Imperial Hotel, Cafe Imperial brings back the grandeur of the turn of the century in Prague. With millions of ceramic tiles covering the walls and the pillars of the cafe in floral and animal designs depicting oriental or Moorish scenes, the cafe has long been one of the most sought after establishments in Prague. Although the cafe has been remodeled it still offers a feeling of faded glory. The exterior of the building is dirty from trams and cars, but the inside is glorious. One has said that to sit in the Cafe Imperial is to sit with the ghosts of the past. One man even said that he expected vampires to float in as the sun crept down and the light faded outside. This is the forgotten opulence and mystery this cafe and hotel possess, this specific charm will trap anyone who graces the interior. The Imperial Hotel and Cafe was built from 1913 to 1914 and designed by Jaroslav Benedikt. The ceramic designs in the glorious interior were the work of Jan Benes, while the accompanying plastic decorations came from designer Josef Drahonovsky. For years the hotel and cafe enjoyed success, beauty and fame until World War II when the German soldiers declared it their own, and soon the Czechs stopped frequenting Imperial Cafe. After the war, the hotel and cafe regained their immense popularity and the building was listed and considered a part of the Czech cultural heritage and was used as housing for members of the Trade Union. The operation of the hotel and cafe ceased in the 1980s. An extensive reconstruction effect ensued throughout 2005-2007, restoring the gem to its original glamour and beauty. The ghosts of the past still echo there though and the faded glory still remains, beautiful in its ornate subtlety.

One of the best locations in Prague! The grand windows offer stunning views of Prague Castle and the National Theater, as it is nestled in the classical building across from the famous theater. Cafe S ...

Tucked away secretly in a winding lane not far from Old Town Square and Tyn Church is the hugely popular Tynska Literary Café, named so as many publishers use it as a venue to promote newly published ...

One of the best cafes in Prague is located in the Cubist House of the Black Madonna. The Grand Cafe Orient is in sync with the architectural style of the house and showcases the most elegant Cubist in ...

This stunning cafe is located on the western riverbank, not far from Kampa Island and just across the street from Lesser Town. As a monument to Prague`s rich history, this airy and open cafe is a grea ...

This grand Art Nouveau establishment has greeted many distinguished figures, Kafka and Einstein among a few. The grand staircase will lead you to the first floor where you will be stunned by the impre ...